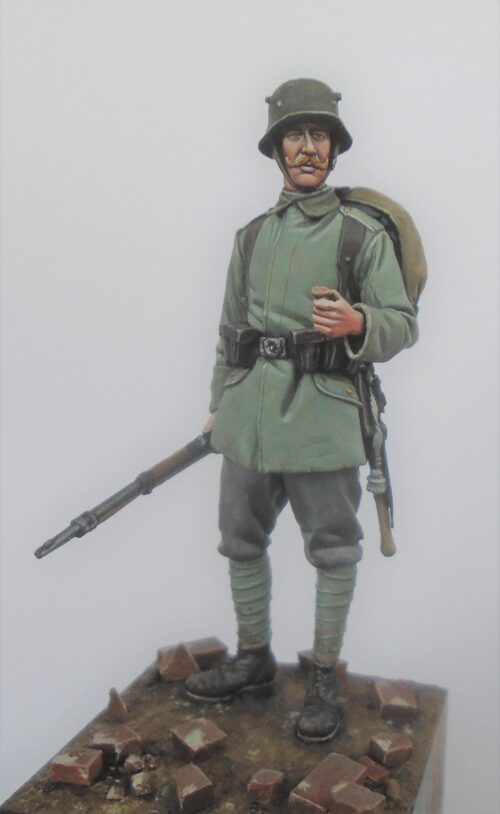 Fought in 1918 between the White Finland and the Finnish Socialist Workers Party during the transition of the nation from a Grand Duchy of the Russian Empire to an independent state.

This figure depicts a Jager, these troops had seen action on the Eastern Front and those loyal to the white forces were used during The Battle of Tampere in February 1918 and The Battle of Helsinki in April 1918.