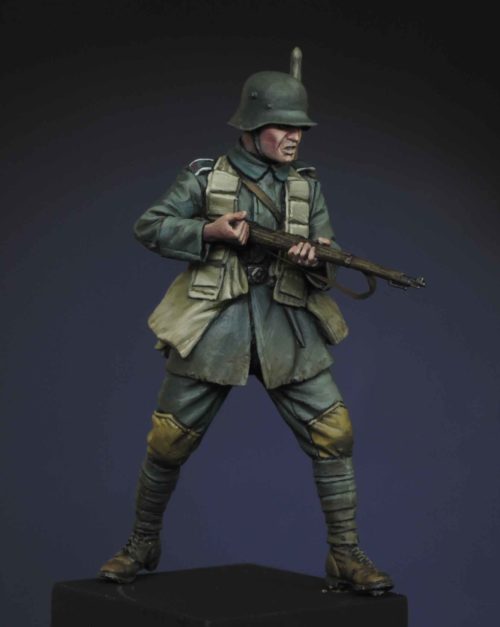 This figure of a Private Soldier of the German 461st Infantry Regiment which took part in the fighting in Belleau Wood. Equipped for trench warfare the 461st wore the usual German uniform and were equipped with a Mauser rifle.