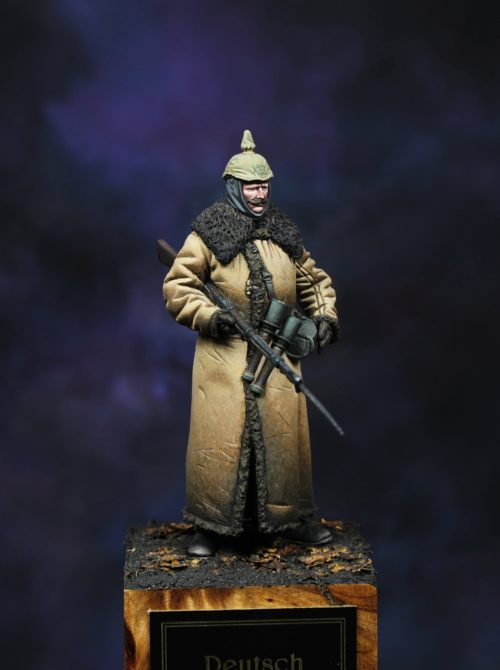 This figure is the third in our Central Power series, depicting Karl Heinrich Berthold German soldier belonging to Infanterie-Regiment Nr 133 that he fought on the Eastern Front during World War One.

From October 28 to May 1, 1916, participated in the fighting in Schtschara-Serwetsch and from 7 June 1916 until his death, he fought in the Styr-Stochod. On the day of his death, was hit by a bullet that pierced his helmet and killed him instantly. He was buried with three companions near some trees beside the road Linievka. His brother, Karl Peter, was killed on the same day.

You can read more about Karl here.

Sculpted by Nino Pizzichemi in 1/32 scale, box art is by Juan Manuel Jurado.

The figure was originally released in 2013 as part of the Dr Tekla range of figures, in 2017 the full rights to the figures were purchased by Tommy’s War Limited.