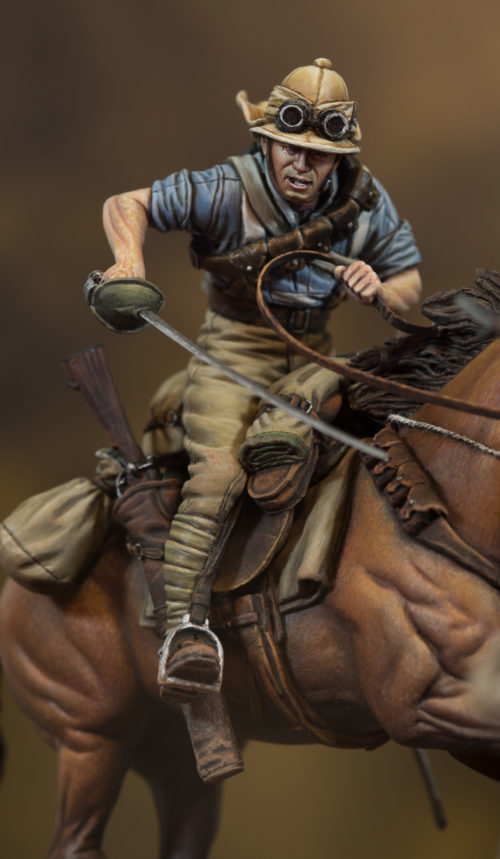 Following on from the hugely successful release of a Trooper of the 9th Lancers we move to Palestine to remember the important (and often overlooked) contribution of the British Yeomanry Regiments in the Middle East.

Yeomanry are and were voluntary cavalry units, formed in a similar way to the Territorial Army for the infantry, developed for home defence but later used overseas. The British Yeomanry in World War One served across a wide number of theatres, but are perhaps best known for their role in the Middle East.

Beautifully sculpted in 1/32 scale by Nino Pizzichemi this figure captures all the movement and action of a cavalry charge and the detail included in both figure and horse are outstanding. Cast in grey resin, the horse includes steel wire reinforcement through its standing leg to help you display your model.

Designed for use with our figure TW32CP01, Turkish Infantrman (NOT included in this kit, but available to buy on our website) the two combine to make a stunning diorama.

Box art is by Man Jin Kim. My thanks to both Nino and Man Jin for their outstanding contribution again.

This is a 1/32 scale kit, not suitable for children under the age of 12. Model requires assembly and painting. Some level of modelling experience is required so we would not recommend this kit for new modellers.