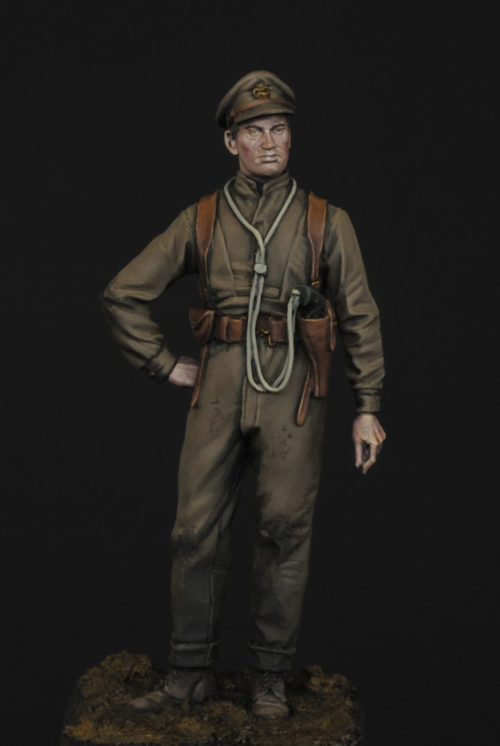 This figure is designed to work in conjunction with figure TW32050 and shows tank crew in typical clothing and kit for 1918 as they would have appeared at the Battle of Amiens in where armoured regiments helped punch a hole in the German lines. This figure wears British Army brown canvass coveralls which were issued to help protect crew and mechanics against the grime found on the inside of the tanks. He wears the Tank Corps badge on his cap and his kit is the 1914 pattern with Webley .455 revolver.

The figure is 1/32 scale and cast in light grey resin and is sculpted by Nino Pizzichemi. Box art is by Alex Long.