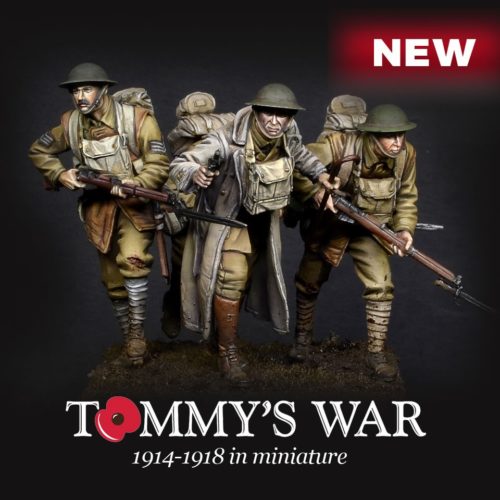 Cast in grey resin, this figure represents a Private of the 8th (City of London) Battalion, London Regiment (Post Office Rifles) depicted on 20 September 1917 at Alberta Section during the Third Battle of Ypres, or as it is know Passchendaele.