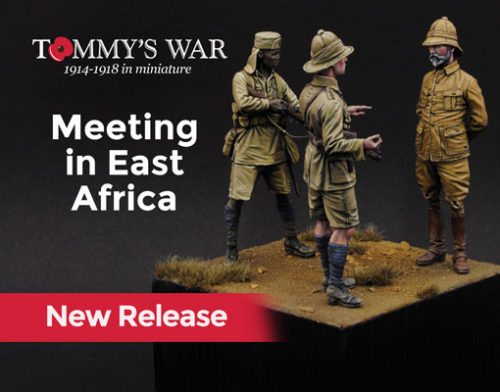 TW32033 is a Captain of the 2nd Battalion Kings African Rifles as he would have appeared in the early part of the war in Africa, he wears the tropical pattern uniform with a Wolseley helmet. As an officer of a colonial unit he is British and dressed accordingly.

Have you considered joining the Tommy’s War Collectors Club? Members get a 20% discount, which is £6.40 off this set alone. To qualify, purchase a collectors club membership here. The next time you log in you’ll see your discount is automatically applied.