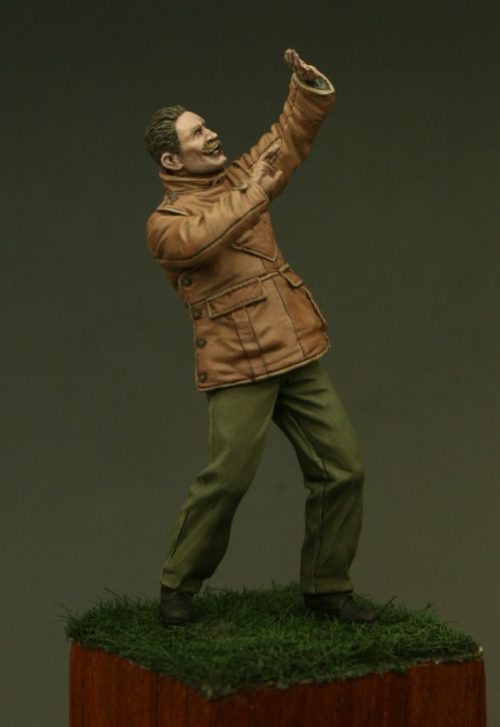 Wearing a 1913 pattern short leather flying coat this figure is suitable for any RFC pilot of World War One and each figure is supplied with a separate flying helmet which can be placed with the figure or nearby.