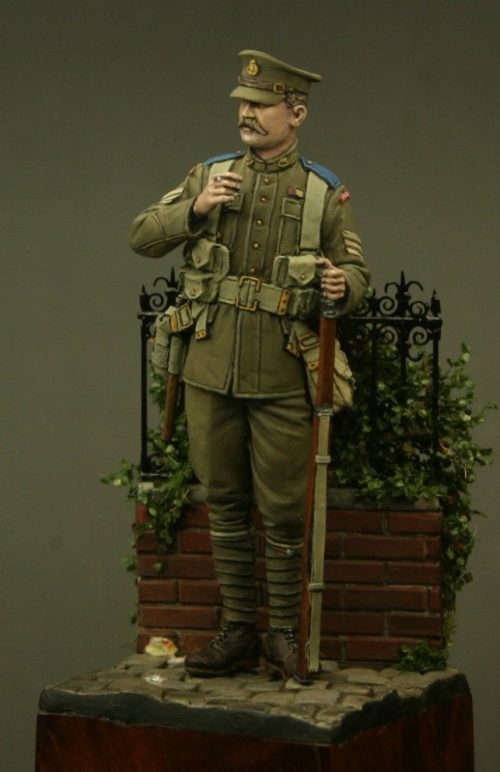 Figure 16 shows a Sergeant of the first Canadian infantry regiment to see action on the Western Front, Princess Patricia’s Canadian Light Infantry. The ‘Patricia’s’ were formed in 1914 and consisted of a high number of volunteers that had seen service with the British army. It was this state of readiness that meant that they were first in to France and Belgium and were soon incorporated within a British Brigade. King George was have said to have remarked that he had never inspected a finer body of men. The Patricia’s served with distinction at Ypres in 1915 and then, famously, at Frezenburg in May 1915 where cut-off and surrounded on three sides they remarkably held the line. Sporting a Canadian Ross Rifle and with the blue epaulettes of Canadian infantry, this former soldier is seen with a medal ribbon on his chest, denoting earlier service.

All figures in the Tommy’s War range now include a photo etch rifle sling and all orders receive a four page newsletter which gives information about the figures and period and a detailed history of the Princess Patricia Canadian Light Infantry Regiment and their service in 1915.