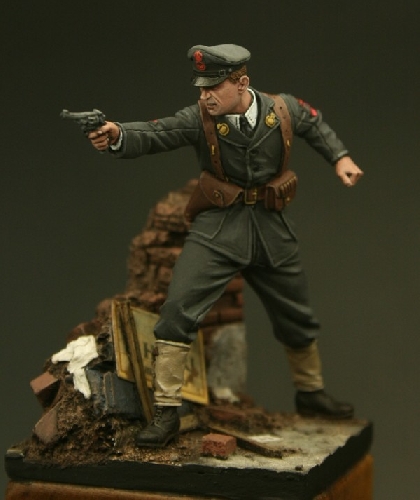 Cast in 1/32 scale high quality resin this comes from figure from the hugely popular World War One series Tommy’s War.

This figure depicts a Petty Officer of the Royal Naval Air Service as he would have appeared at the Siege of Antwerp in 1914. Later forming the Royal Naval Armoured Car Service these navy personnel were amongst the first armoured car troops to be seen, driving Rolls Royce, Lanchester and other converted production cars.