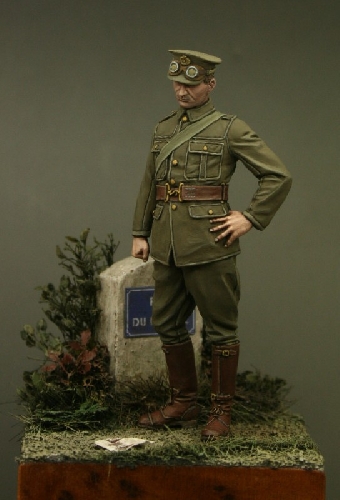 This figure features a Private of the Army Service Corps and is designed to be modelled alone or to interact with figure TW54007. The figure is a despatch rider and we also have available a highly detailed resin model of a 54mm Douglas 1914 pattern motorcycle (TW54E01).

Please note that the figure is supplied unpainted and requires assembly. The ground work featured on the box art is NOT included.