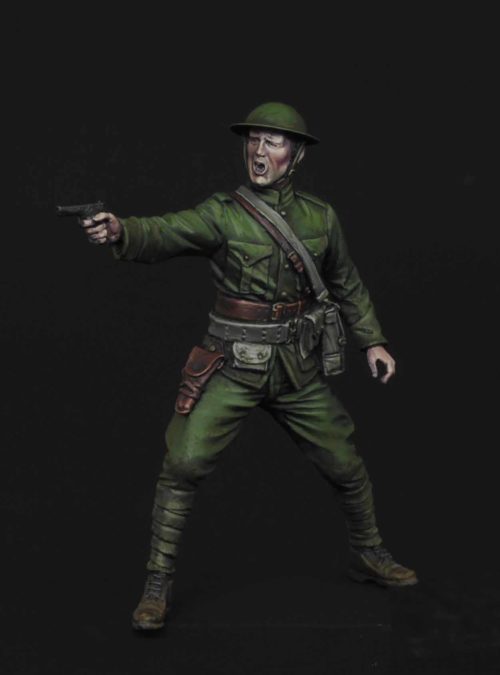 This figure of an officer of the 2nd Bn of the 5th United States Marine Corps is armed with a Colt 1911 pistol and wears his original forest green uniform. His helmet is the British issue as is his small box respirator.