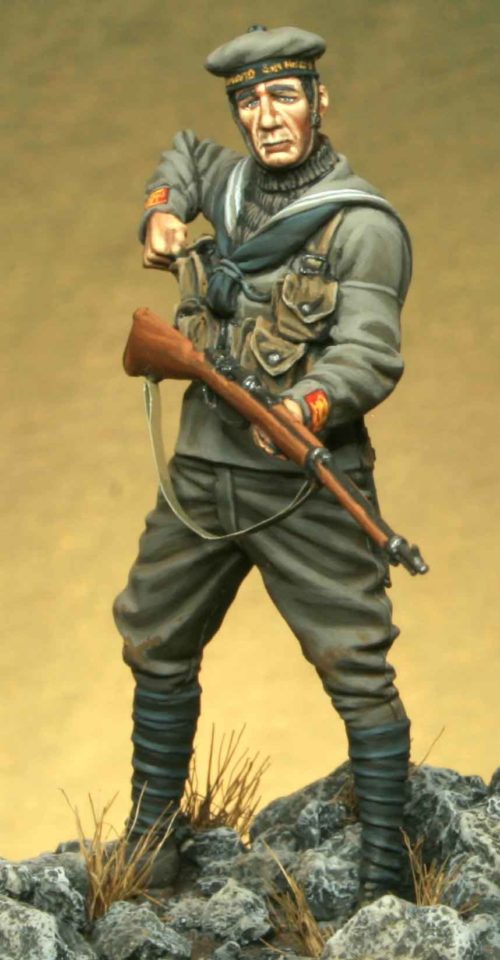 The first figure in our Allies range (figures prefixed TW32AL) released by popular demand to show some of Britain’s allies during the Great War, so vital in the World War One effort. This figure will delight our many Italian friends who have been asking for Italian subjects.

This Marine of the San Marco Regiment is shown at the Battle of the Piave River in 1917, the vital defence of Venice. He is armed with a 91 TS musket, the web equipment is a style adopted by the Italian navy and the trousers are those for the mounted troops. He carries the grenade symbol of the French Infantry and his jumper is a grey wool.

Sculpted by Nino Pizzichemi, this figure is cast in grey resin and is 1/32 scale. Box art is by Maurizio Berselli, this is his first box art for Tommy’s War and I hope it is the first of many.

Two heads included, one beret (as shown) and the other with Adrian helmet.

Note that figures in the TW32AL series do not come with rifle sling or any scenic base shown in the box art, tutorials for both will follow on the Tommy’s War blog section of this site.