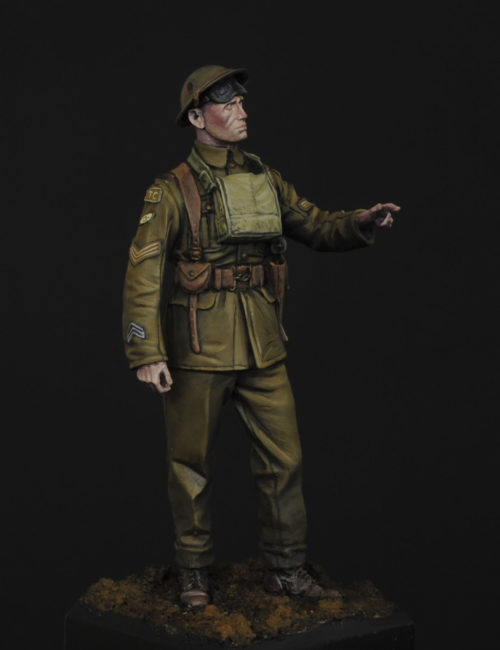 This figure is designed to work in conjunction with figure TW32049 and shows tank crew in typical clothing and kit for 1918 as they would have appeared at the Battle of Amiens where armoured regiments helped punch a hole in the German lines. This figure wears his army tunic and trousers and Brodie helmet. He would have had a red/blue halved disc painted onto his helmet and also worn on his shoulder. Heavy Branch MGS used colours to distinguish units and this practice continued into the Tank Corps. He wears his Tank Corps badge, corporal titles and overseas chevrons. The figure is depicted wearing his mailed face mask which was worn by crew to protect them from splinters and other debris, common inside tanks of the period.