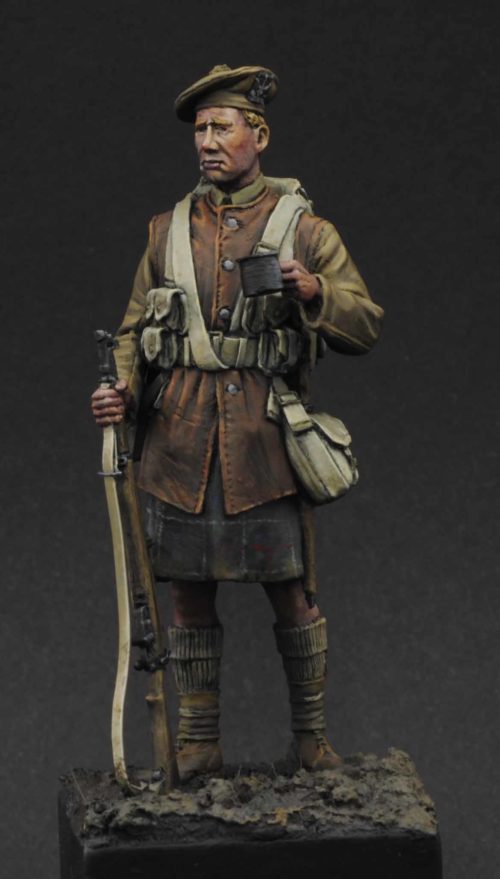 Cast in grey resin, this figure represents a Private of the 1/4th (Ross Highland) Battalion Seaforth Highlanders in full marching order. The figure is shown with his small box respirator resting on his pack in an informal manner, and dates it to the period 1916-1918. The 1/4th (Service) Battalion were a Territorial Army Battalion and on  12 December 1914 joined the Dehra Dun Brigade in 7th (Meerut) Division on the Western Front. On 6 November 1915 the Bn transferred to 137th Brigade in 46th (North Midland) Division, then on 13 November 1915 they transferred to 46th Brigade in 15th (Scottish) Division before finally, on 7 January 1916 the Battalion transferred to 154th Brigade in 51st (Highland) Division where they stayed for the duration of the war.

Sculpted by Nino Pizzichemi with box art by Alex Long, this delightful figure can be modelled as a single figure for display or with one of the other figures in our extensive range.

The figure is shown unpainted, but a painted image will be uploaded to this site as soon as I can.