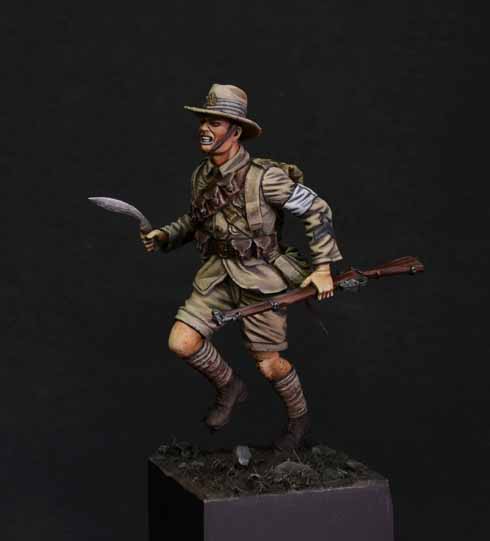 The figure is depicted in action in this battle, wearing his Khaki Drill uniform, 1903 pattern bandolier equipment and holding the famous kukri knife.
The figure has been sculpted by Nino Pizzichemi and the box artwork is by Alex Varela.