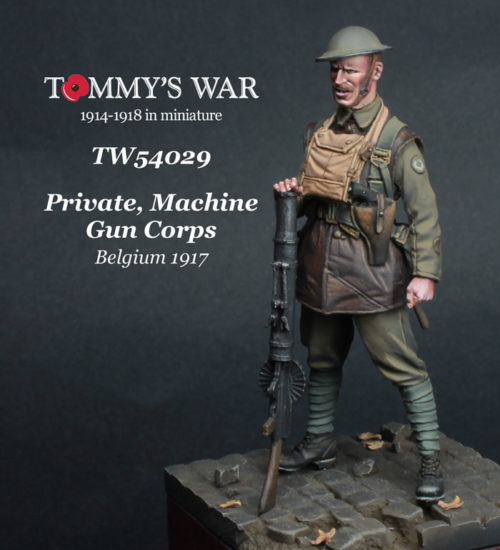 In 1915 it was proposed that a specialist regiment of machine gunners be formed, this was the Machine Gun Corps (MGC). This figure shows a Private of the MGC in late 1916, he is wearing a leather coat, small box respirator and is holding a Lewis gun.

Designed to be displayed on its own, the figure also works with Tommy’s War figure TW54030 (Sergeant, Motor Machine Gun Corps) and the Clyno Vickers motorcycle machine gun combination kit also in our range (TW54E11).
The figure has been sculpted by Nino Pizzichemi and the box artwork is by Juan Manuel Jurado.