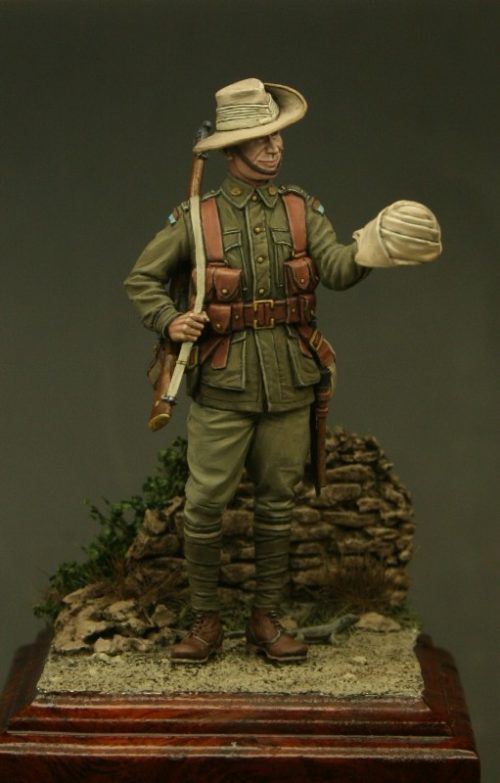 This figure depicts a Private of the 11th Battalion, Australian Imperial Force (AIF) as he would have appeared at the famous Anzac Cove on the Gallipoli Peninsular in 1915. The 11th Battalion were formed in Western Australia at the outbreak of World War One and this ‘digger’ is shown as one of the first landers holding a Turkish Kablak (sun helmet). The 11th Bn were to fight with distinction throughout the Gallipoli campaign and after the withdrawal from that campaign fought on the Western Front.

All figures in the Tommy’s War range now include a photo etch rifle sling and all orders receive a four page newsletter which gives information about the figures and period, plus a detailed history of the 11th Bn AIF, their uniforms and details of their campaign.