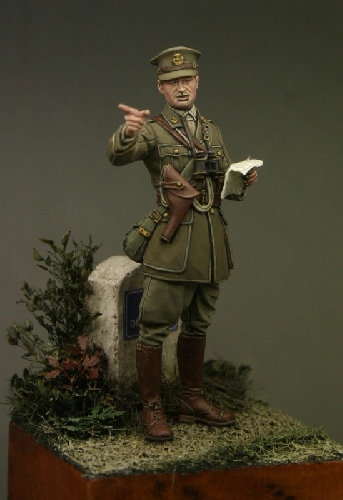 This figure features a Lieutenant of the Royal Engineers and is designed to be modelled alone or to interact with figure TW54008.

Please note that the figure is supplied unpainted and requires assembly. The map and ground work featured in the box art is NOT included.