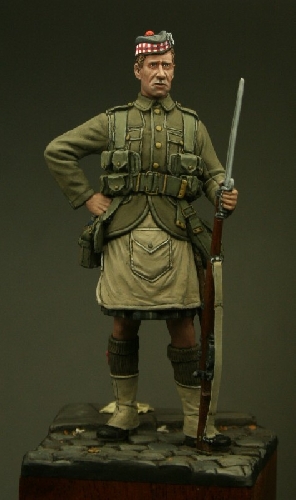 Figure 5 in the series is a Private of the 1st Battalion The Gordon Highlanders posed at Le Cateau in 1914. Le Cateau followed the start of the retreat from Mons where the British II Corps performed a ‘stopping action’. The Gordon’s, heavily involved from day one of fighting, were involved once again and were virtually wiped-out as a fighting force.

The figure is 54mm in height (1/32 scale) and is supplied unpainted, the kit requires assembly and is not suitable for children under the age of 12. The groundwork was provided by the artist and is not included