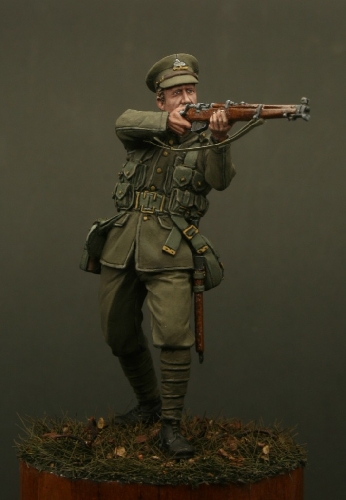 The 1st Battalion Lincolnshire Regiment formed part of the reserve on August 23rd 1914 as part of II Corps and were called-up during the days fighting to cover the fighting withdrawal of the 4th Royal Fusiliers and 1st Northumberlands, fighting street-by-street.