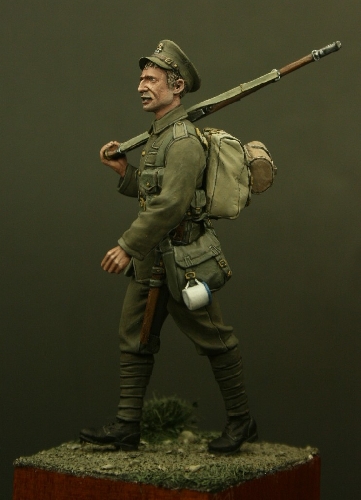 One of the first British regiments in action in the First War was the 4th Middlesex, who held the right of the line for II Corps along the Mons-Conde canal on August 23rd 1914. This figure shows a member of that Regiment as he would have appeared moving up in to the front line prior to the battle, he is shown with the 1908 web equipment and shoulders a MkII Short Magazine Lee Enfield (SMLE), his relaxed pose reflects the misunderstanding of the horrors that the army would see,