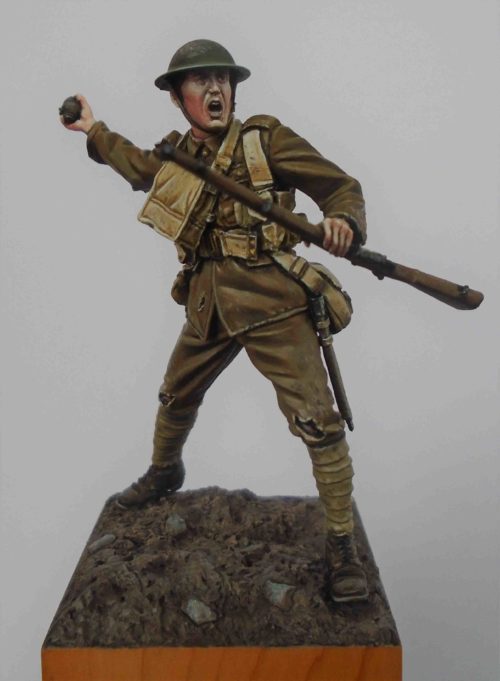 This figure depicts a Private infantryman in the last year of the Great War throwing a grenade.

Although the figure could depict many British or Empire soldier of this time I gave it the title of 9th East Surreys after watching the film Journey’s End after seeing the film which was produced in 2017. The film is an adaptation of the 1928 play by R. C. Sherriff which follows the lives of British Officers in a dug-out for four days prior to the German Spring Offensive in 1918. The title of the play comes from one of the closing lines “It was late in the evening when we came at last to our journey’s end”.

R. C Sherriff (Robert Cedric) was an officer in the 9th East Surreys and severely wounded at Passchendaele and although a regiment isn’t associated to the 2017 version I decided to depict this figure as 9th East Surreys in memory of the playwright.

Note: there isn’t a scene where a soldier is shown throwing a grenade, rather it’s simply a loose connection.