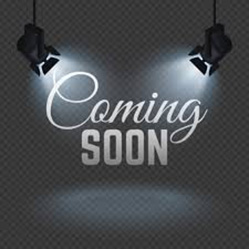 With new releases due in April and anticipation running high, I thought it a good time to give a general update on new releases for 2019 through to 2020.

In the model industry we work many months ahead, so despite best planning there can be delays or problems which lead to things having to move. In terms of the releases for 2019 I’ve had to move things around a little just due to circumstances beyond my control.

Therefore, in April Tommy’s War will release the following;

All figures are 1/32 scale and sculpted by Nino Pizzichemi. Images will be available in April. All figures will be sold individually.

The exact date of the releases will be confirmed as soon as I receive stock of the casts.

Estimate for release in July 2019* comprising;

I can confirm that figure TW32AL04 will be armed with a chauchat machine gun.

There will be two further figure releases;

With the World Expo in The Netherlands in 2020 this promises to be an outstanding year for Tommy’s War and you’ll be pleased to know that I’ve got some great releases in the pipeline. Regular readers of the blog will be aware that we’ve created a Vickers machine gun digitally and I’m planning on releasing this with two figures (sculpted by Nino Pizzichemi) and a base by Andrew Belsey. I’d just like to confirm that the figures will be depicted in late-war uniform.

In the planning phase is Tank Corps, which I’ve wrestled with concepts for some time, but now think I’ve come to a conclusion and hope to start work on that toward the end of this year.

If everything comes together then I think those two elements will form the release schedule for 2020 – 2 x machine gunners and 4 x tank crew. However, rest assured I’ll be seeing if I can get further releases in as well.

I’m also formulating plans for 2021 which will be the ten year anniversary of Tommy’s War. I’ve got a number of ideas to create something special to commemorate this occasion, so watch this space!