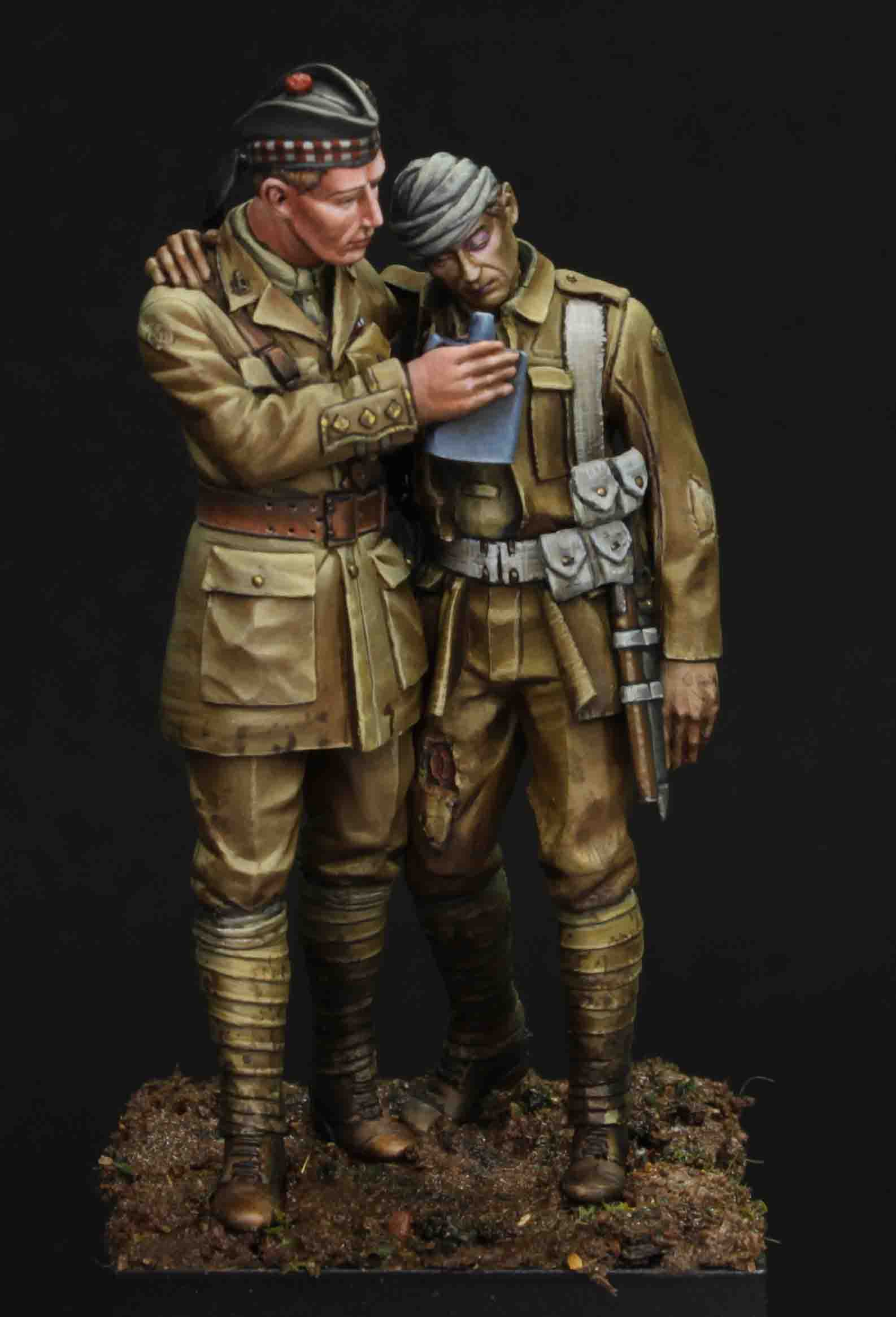 Noel Godfrey Chavasse was born in Oxford in 1884, son of the Rev Francis Chavasse, who as Bishop of Liverpool created the city’s Anglican cathedral. One of seven children, Chavasse grew up on Merseyside and was a natural sportsman, representing his university at athletics and lacrosse.

He and his identical twin brother Christopher ran for Great Britain at the 1908 Olympics in London. Noel finished third and Christopher second in the 400 metres heats but their times were not fast enough to progress further.

Chavasse graduated with a first class degree, studied medicine and in 1913 joined the Royal Army Medical Corps. When war came he went to France as a Surgeon-Lieutenant attached to the 1/10th (Scottish) Battalion of the King’s Regiment (Liverpool). 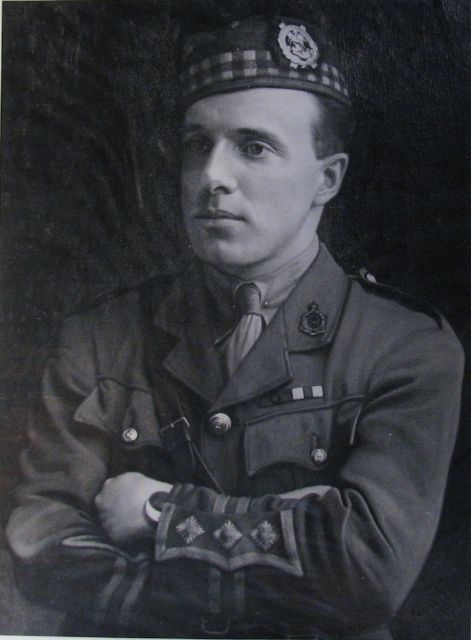 At Bellewaarde near Ypres, Belgium, on June 16, 1915, the regiment’s first serious action, he won the Military Cross. As more than 1,000 died in an offensive, he spent 12 hours helping to treat and rescue casualties in no man’s land.

“Under heavy fire, being wounded in the side, he carried an urgent case for 500 yards into safety… His courage and self-sacrifice were beyond praise” Citation for Chavasse’s first VC

Promoted to captain in June the next year, he arrived at the Somme, where we would win the first of his two VCs.

The Liverpool Scottish suffered heavy casualties in an attack at Guillemont on August 9, 1916. With at least 230 out of 600 men killed, wounded or missing, Chavasse worked incessantly throughout the attack and the following night and day, seemingly without a care for his safety. He was hit in the back by two shell splinters but, dodging incessant sniper, machine gun and mortar fire, he tended the wounded, buried two fellow officers and collected IDs from the dead.

At one stage he led a party to rescue three wounded men from a shell hole just 25 yards from German lines. In all, on top of his normal medical duties, he saved around 20 badly injured men.

His VC citation said: “Under heavy fire, he carried an urgent case for 500 yards into safety, being wounded in the side by a shell splinter… His courage and self-sacrifice were beyond praise.”

When found out about the citation Chavasse immediately wrote to his parents: “Don’t be in the least upset if you hear I am wounded. It is absolutely nothing. The merest particle of shell just frisked me. I did not even know about it until I undressed at night.”

In another letter he describes his work: “We found a… man bleeding badly from one arm and held the main artery, and then we put a tourniquet on with a respirator string. Then I found that the arm was all but off and was only a source of danger. So I cut it off with a pair of scissors and did the stump up. We had to do everything by the light of an electric torch and when we got a stretcher it took us two hours to get him out of the wood…

“The mud was fearful. While I and my Corporal were dressing a case we both sank up to our knees in the mud of the trench. Men had to be dug out and some poor wounded of another battalion perished in the mud.

“We had one sad casualty. A poor fellow was crouching at the bottom of the trench when there was a slip which buried him, and he was dead when he was dug out. Both his brothers have been in the Scottish and have been killed. His mother committed suicide after the death of the 2nd. There is only a sister left.”

Chavasse won his second VC in the summer of 1917 but this time his bravery was to cost him his life. On July 31 the Liverpool Scottish were trying to recapture Passchendaele Ridge at Ypres. Chavasse was hit in the head but, despite being in great pain, refused to be sent from the line. In terrible weather and under heavy fire, with no rest and little food, he went into no man’s land time and again to help the wounded.

Early on August 2, he was resting in his first-aid post when it was hit by a shell. Everyone in the post was killed or wounded.

Chavasse had at least six injuries but crawled for half a mile to get help and was taken to a casualty station, his face unrecognisable and suffering from a serious stomach wound. After an operation he dictated the letter to his fiancé and cousin Gladys Chavasse.

He died at 1pm on August 4, 1917, aged 32. His second VC citation said: “By his extraordinary energy and inspiring example, he was instrumental in rescuing many wounded who would have otherwise undoubtedly succumbed.”

Chavasse’s grave at Brandhoek New Military Cemetery near Ypres is unique – it’s the only headstone to have two Victoria Crosses on it. The inscription, chosen by his father, reads:

“Greater love hath no man than this, that a man lay down his life for his friends”.

Chavasse has had at least 16 memorials dedicated to him, more than any other VC holder, including one at Liverpool Cathedral. He is the only VC and Bar of World War I and one of only three since the honour was introduced by Queen Victoria in 1857.

His medals were left by his family to St Peter’s College, Oxford, which his father founded. In 2009 they were bought for £1.5 million, the highest price paid for VCs, by Lord Ashcroft. They are on display in the Ashcroft Gallery at the Imperial War Museum, London. 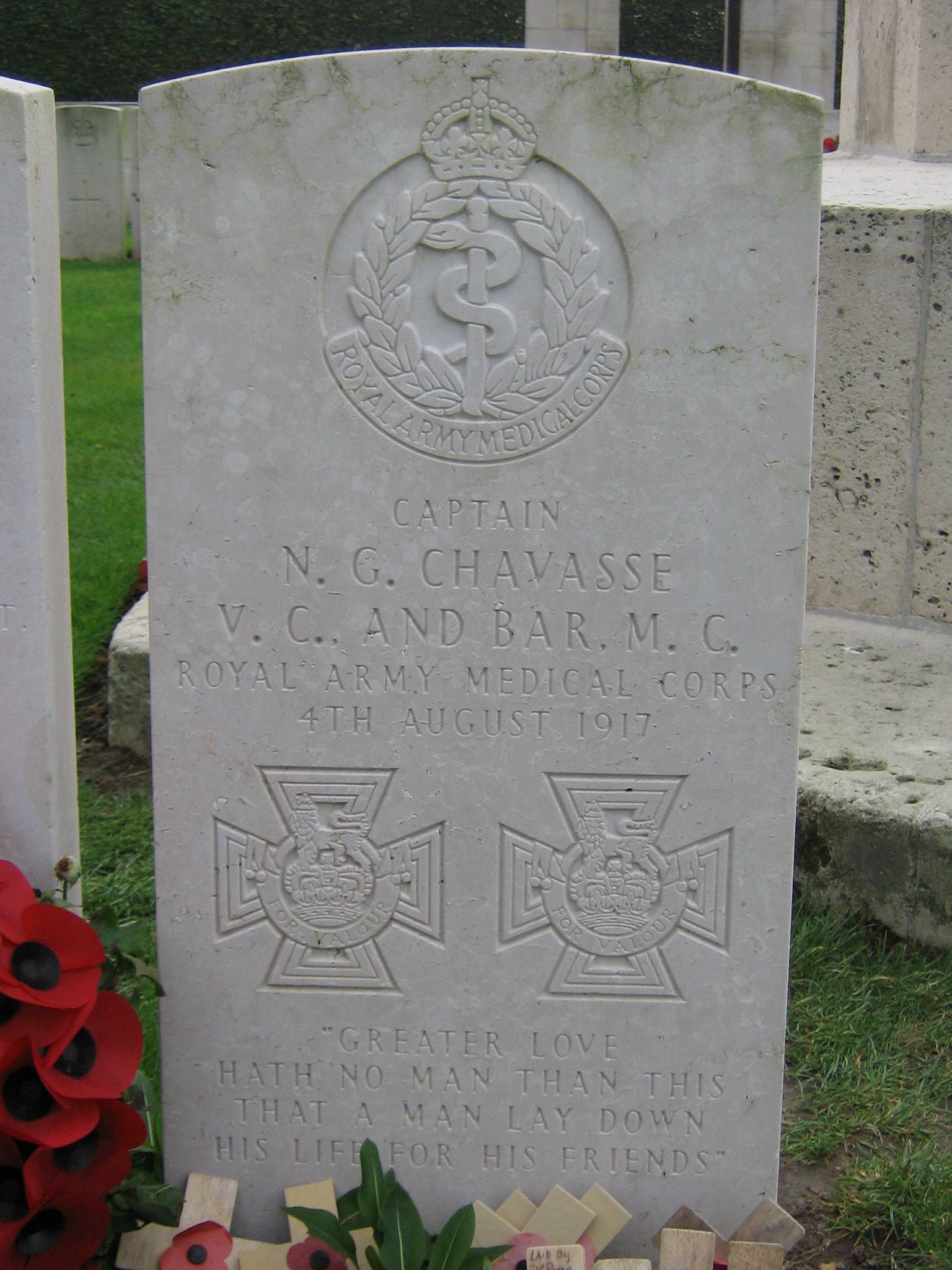 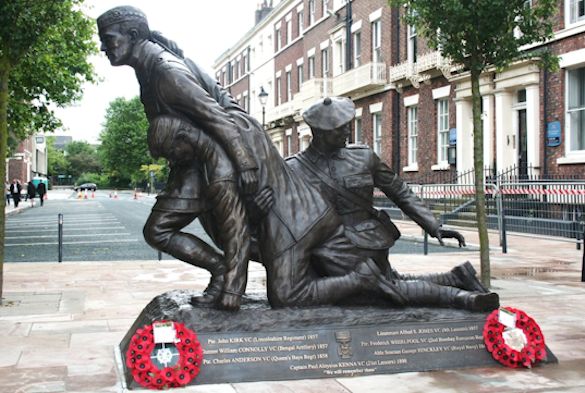 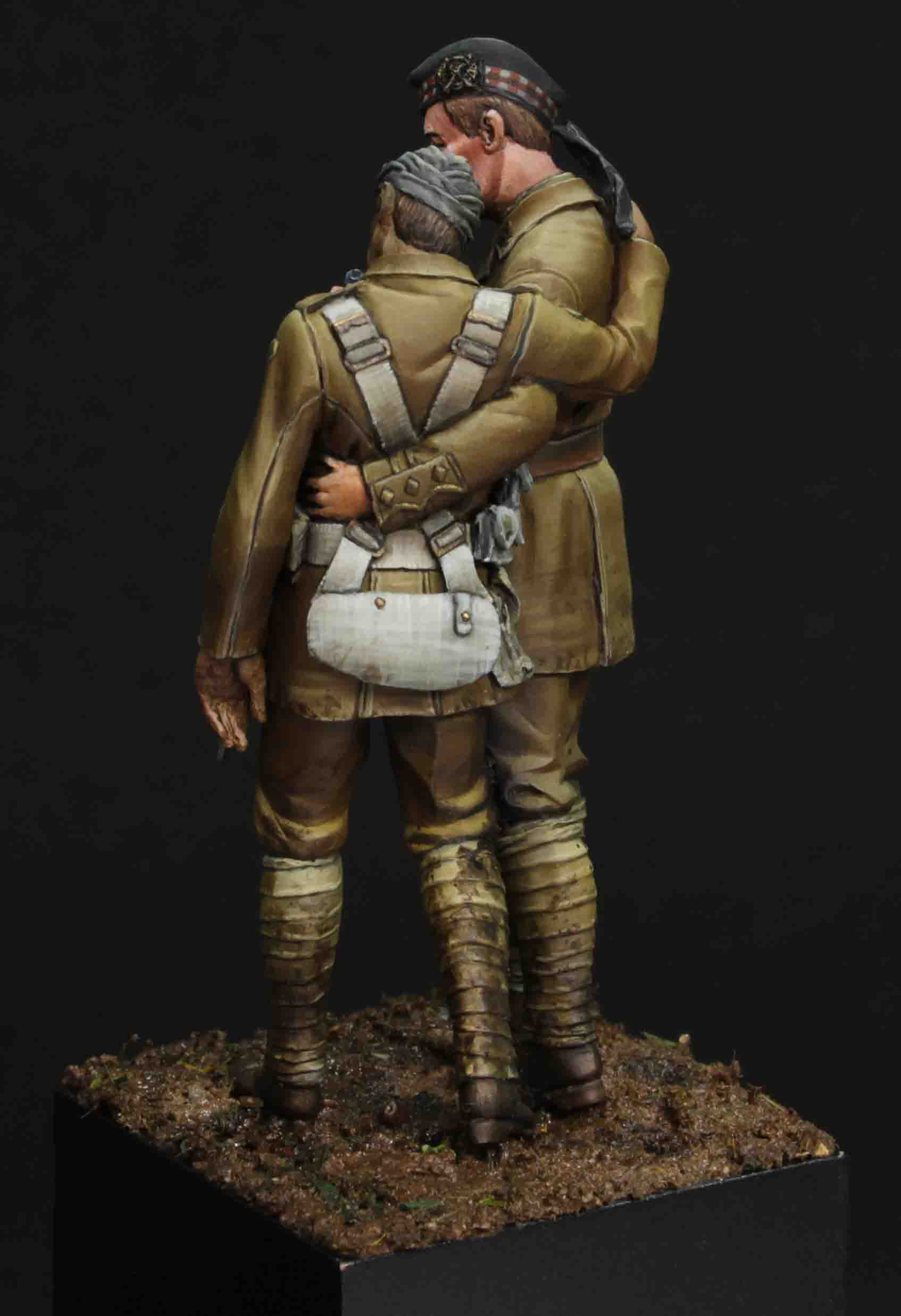 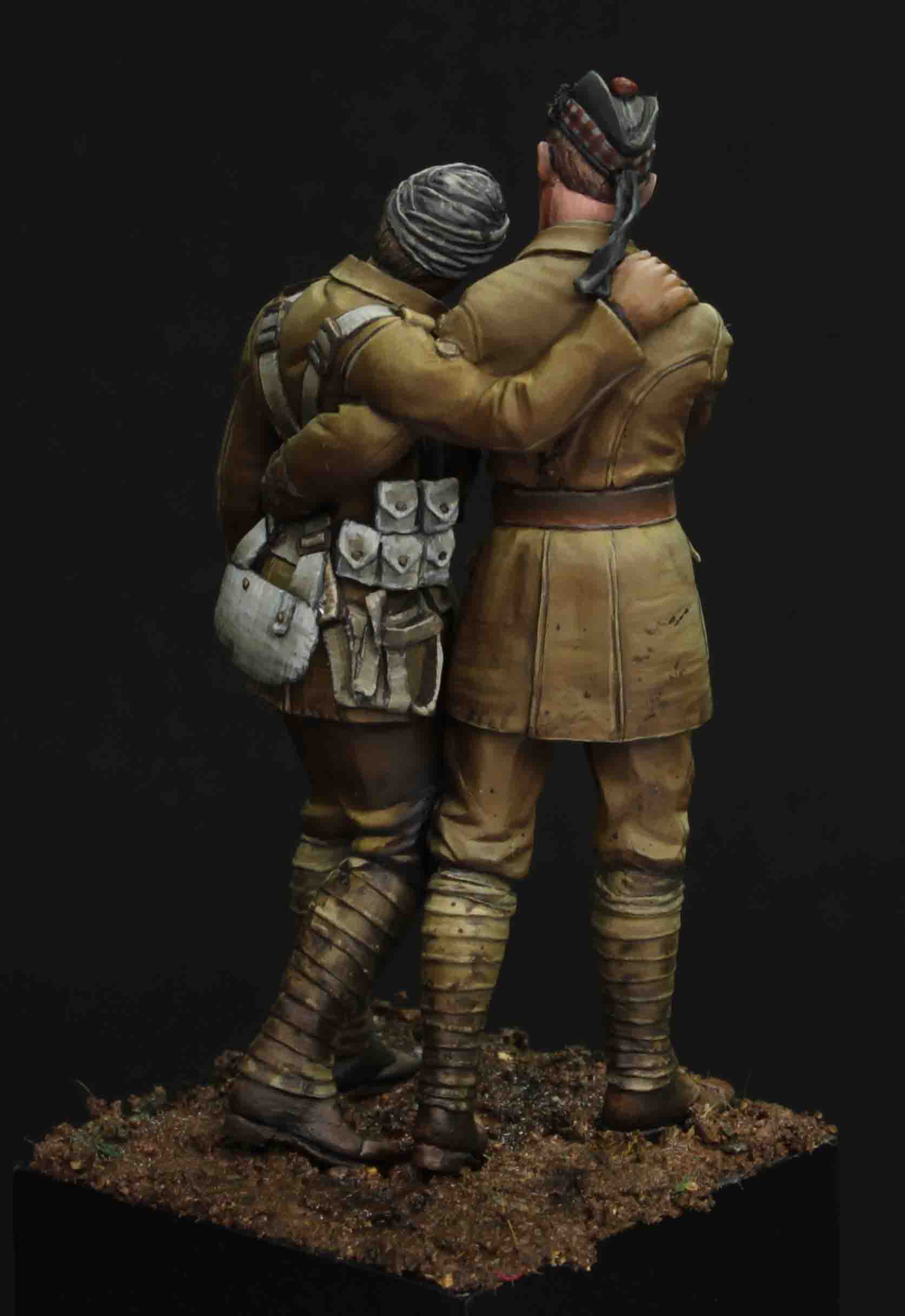 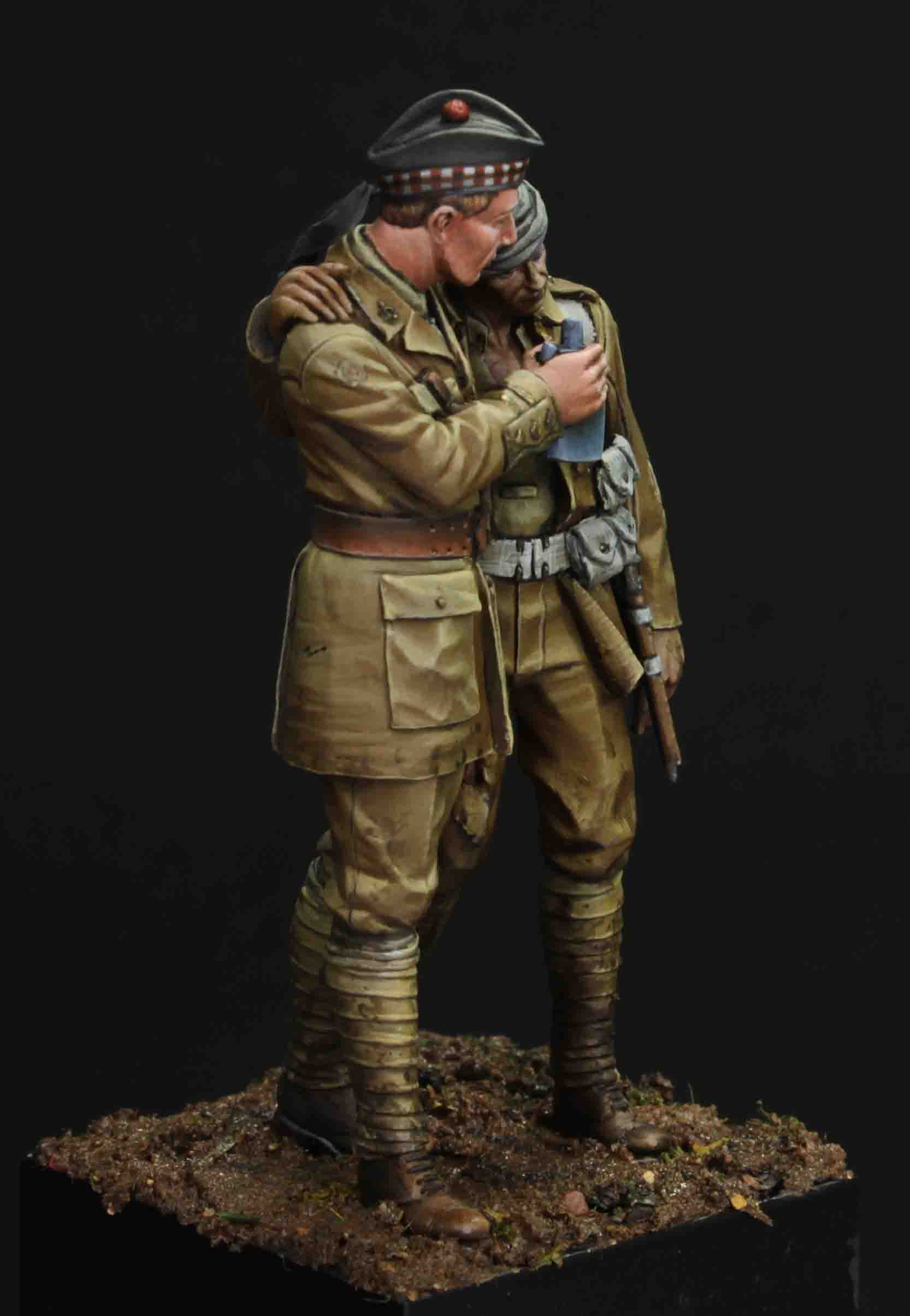 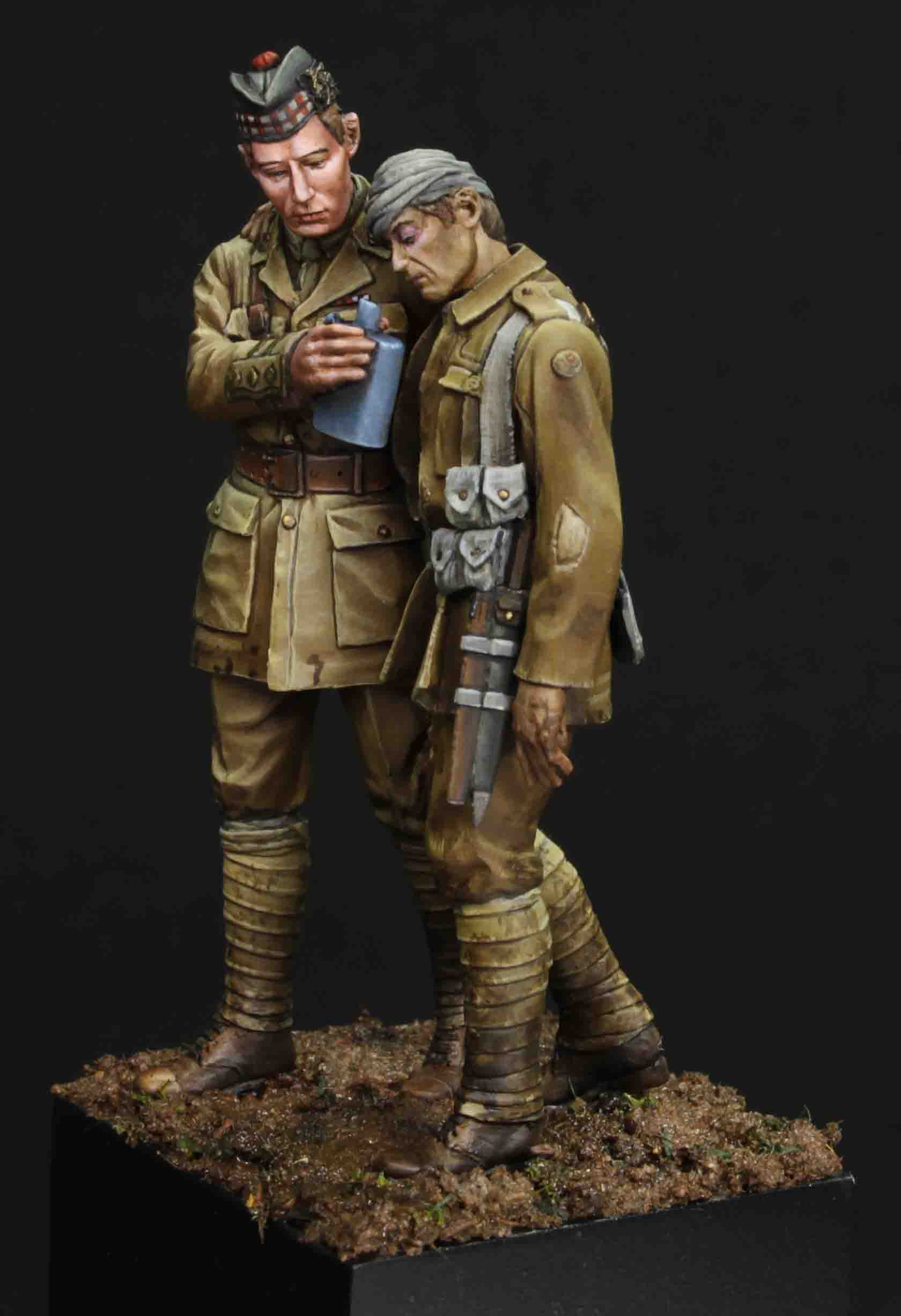 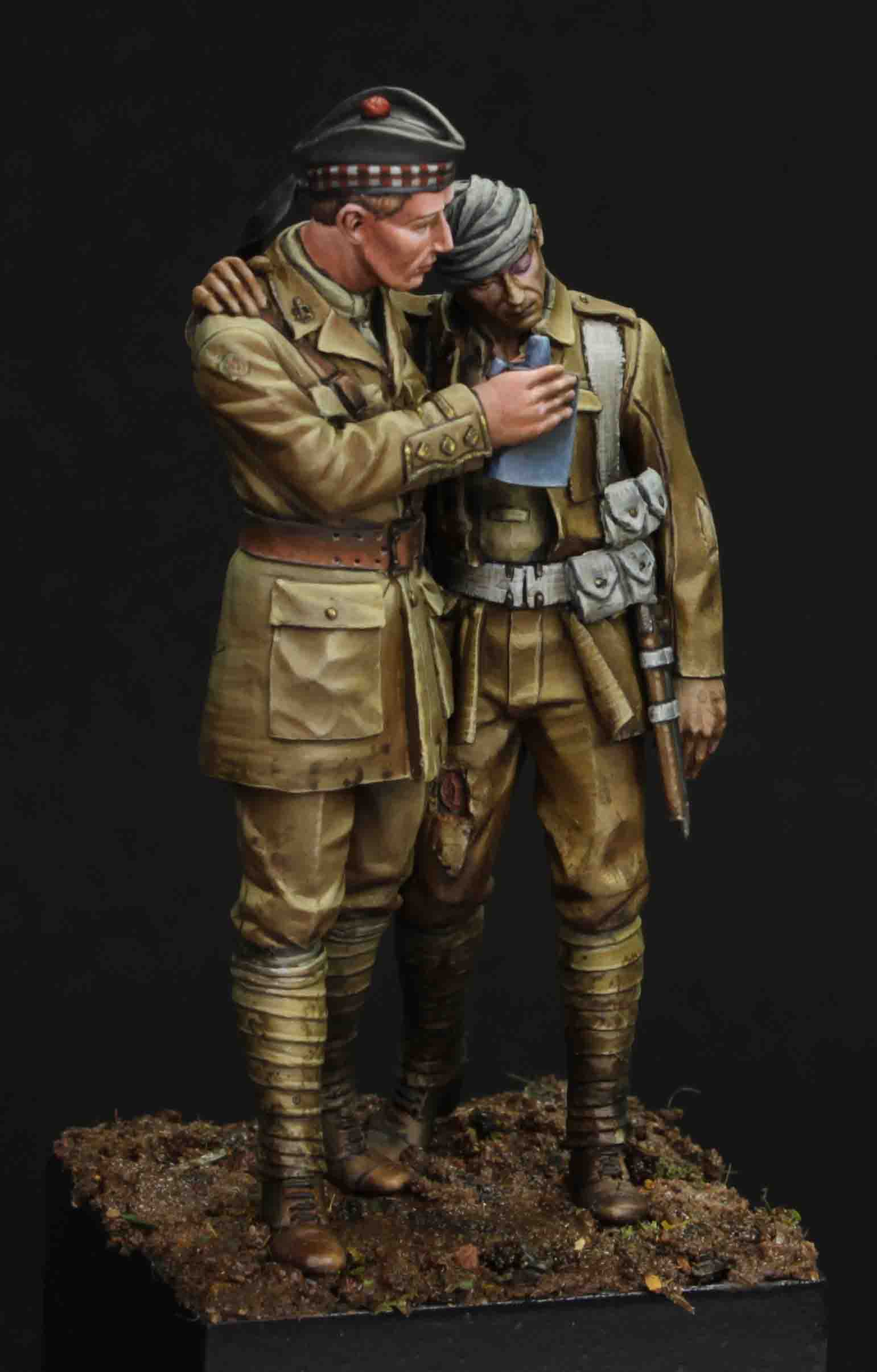 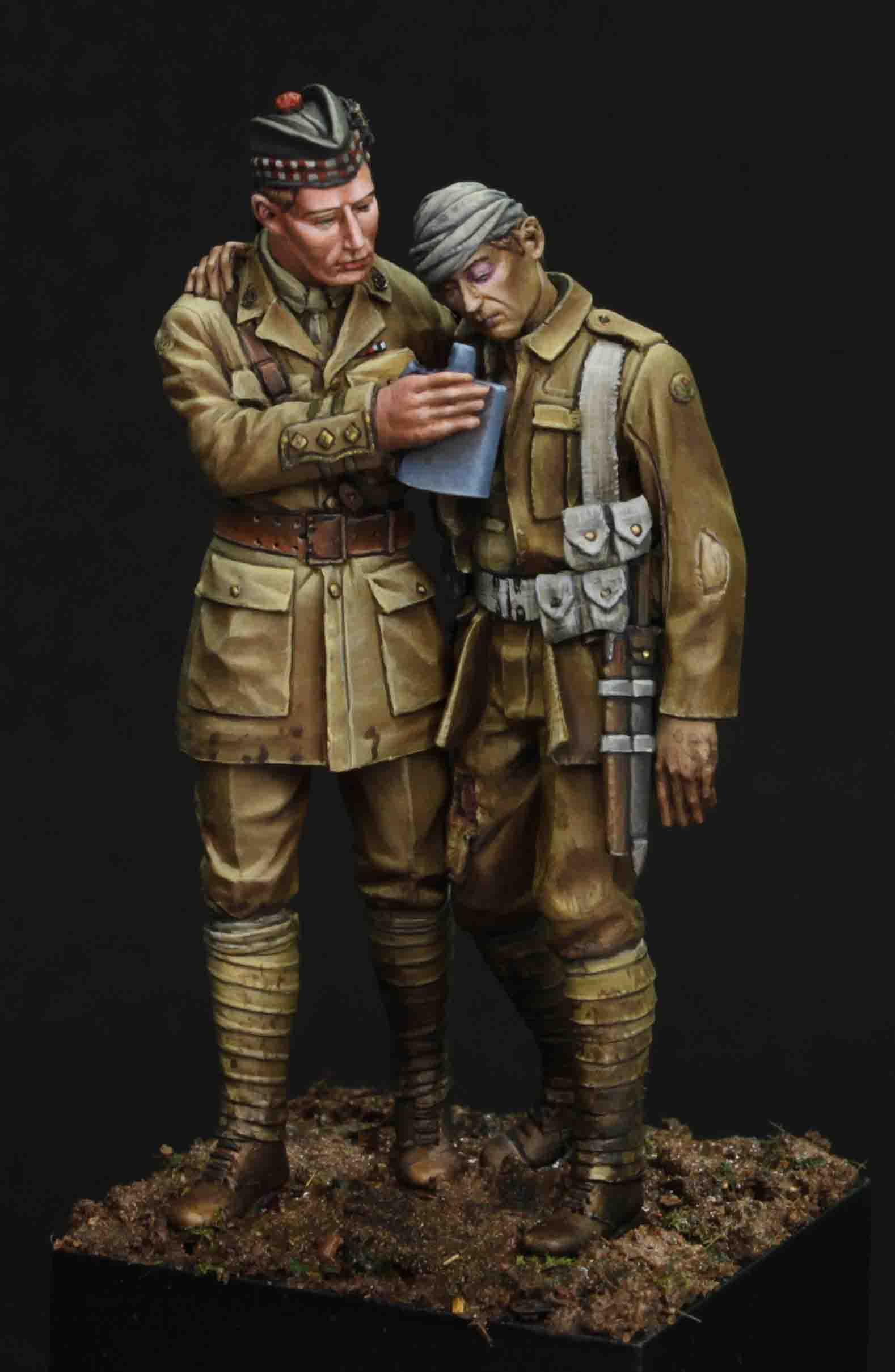