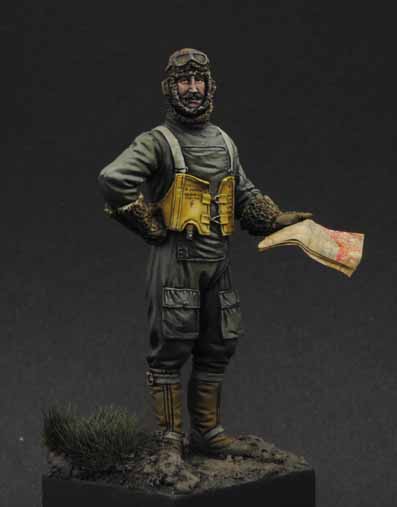 I’m pleased to be able to share a new completed box art image from Alex Long of figure TW32037 that was released in 2017.

The figure, a pilot of either the RFC or RNAS (the uniform is the same for both), has been a popular figure, and I know a lot of modellers have eagerly been waiting for painting references. 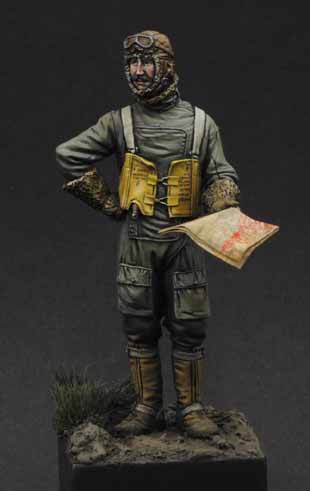 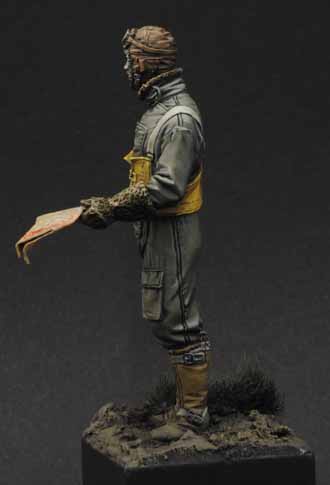 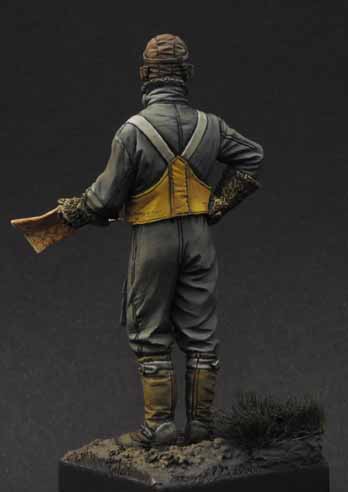 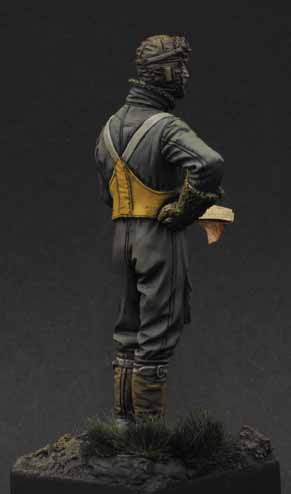 The figure, sculpted in 1/32 scale by Nino Pizzichemi, is based on an illustration in Osprey Men-at-arms number 351, British Air Forces 1914-1918 (2) by Andrew and Peter Cormack*. The figure is described as wearing a Burberry flying suit with helmet (RAF museum 80/U/910).

The life belt is an RFC pattern Auliff-Perrin belt, you can see an actual example here.

The figure is suitable to late-war 1/32 aircraft from Wingnut Wings, Roden etc. My personal choice would be to see the figure with a Felixstowe aircraft  – but my budget might have to come down to a Dolphin! However, I’m sure you will agree that even based as a single figure it makes an interesting subject.

I’d like to thank Nino for the sculpt, Alex for terrific box art and Osprey Publishing for the reference material.