Mentioning the word Passchendaele evokes thoughts of the horrors of the Great War, the mud and the slaughter of thousands of young men. Since starting Tommy’s War I’ve been asked when I would cover this important period.

So, I’m pleased to announce the release of four figures which act as a small commemoration to the men from all corners of the globe who fought in Belgium in 1917 and while the figures produced are attributed to the 8th London Regiment (or the Post Office Rifles as they were known) the figures cover all the British, Irish, Canadian, New Zealand, Australian and South African forces of that period.

Sculpted by Nino Pizzichemi and box art by Alex Varela I’m delighted with the final result.

The four figures consist of a Major, Sergeant and two Privates going “over the top” in 1917, sadly it is likely that some, if not most, of them would become casualties. The Sergeant is based on Sergeant Alfred Knight who won the Victoria Cross in the battle and another blog on Sergeant Knight will follow. 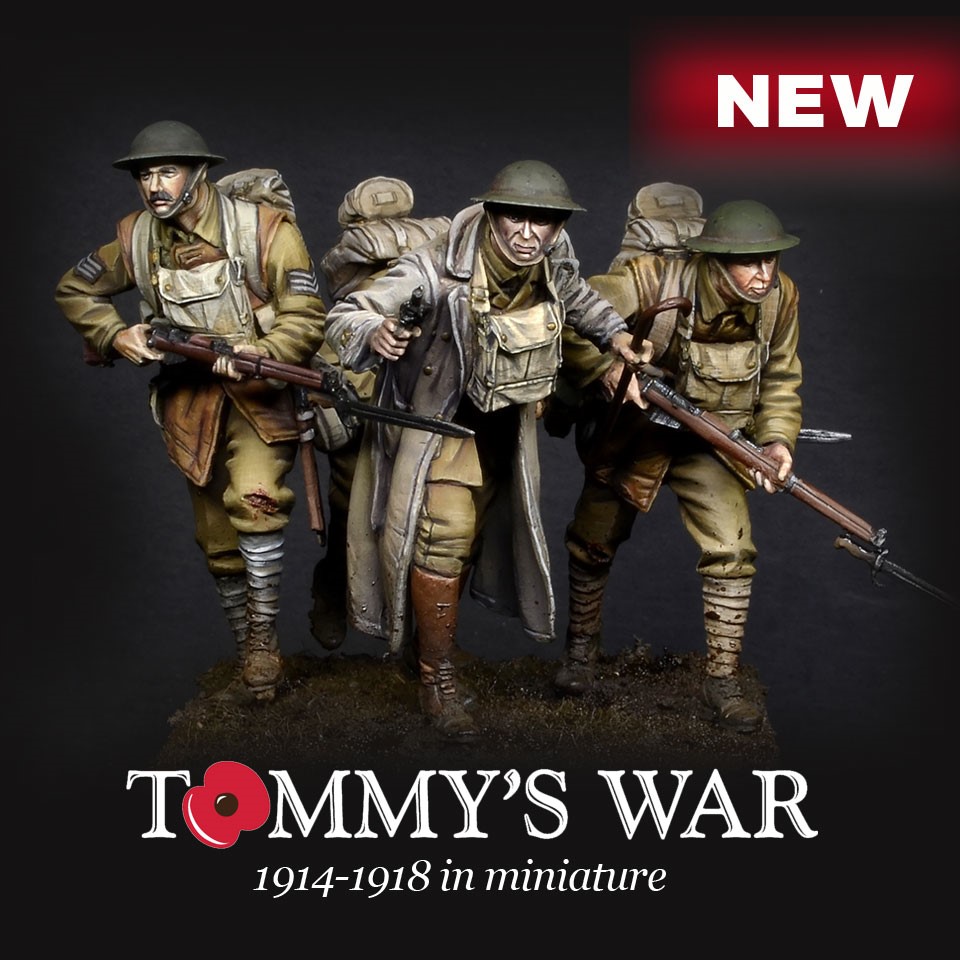 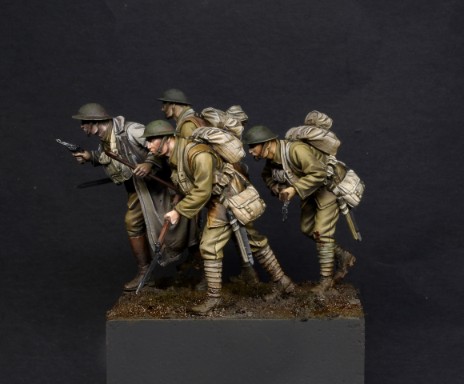 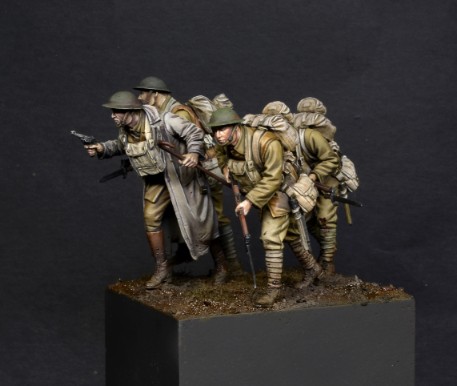 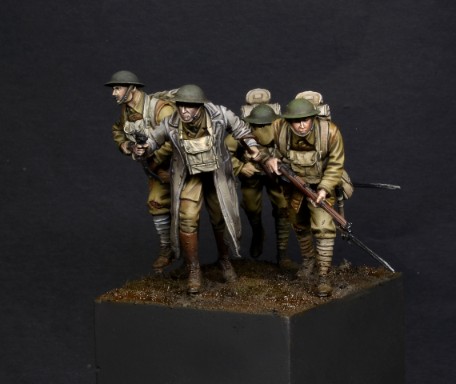 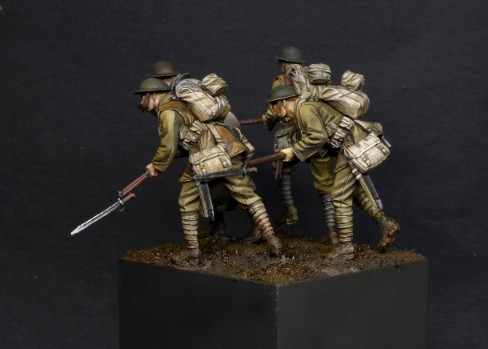 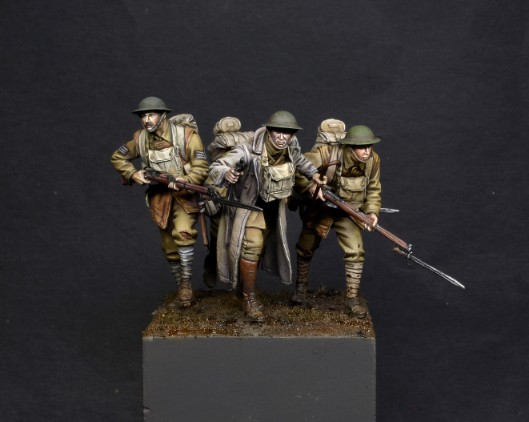 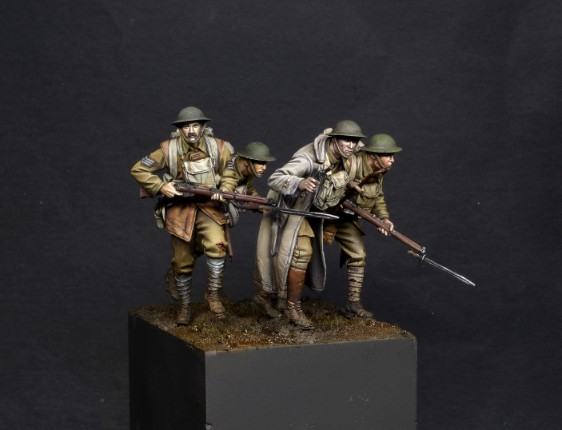 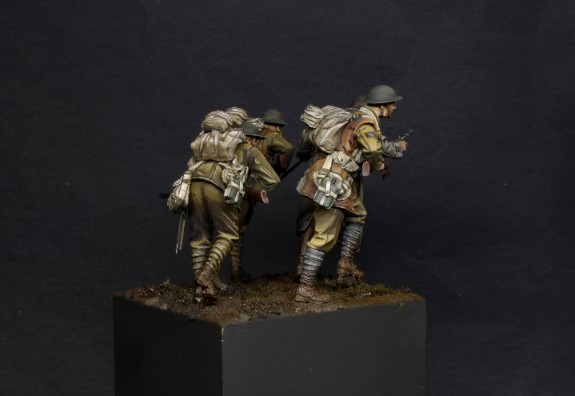 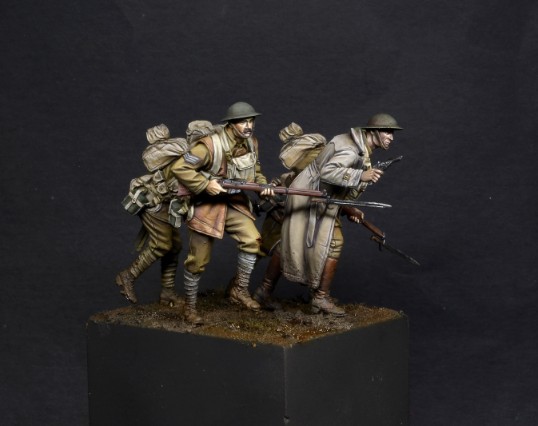 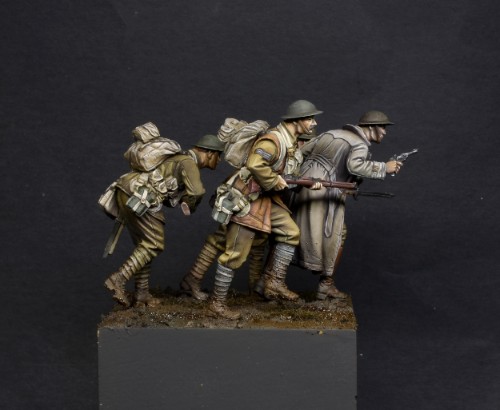 I was aware when I researched this release of the contribution of the Empire countries at this point of the war, with so many nations contributing to the British effort – and Passchendaele encompassed this.

If you would like to find out more about the Post Office Rifles and their Division (The 58th 2/1 London Division) in the Great War then I highly recommend the book Londoners on the Western Front by David Martin (ISBN 1781591806) which I found incredibly helpful and moving. 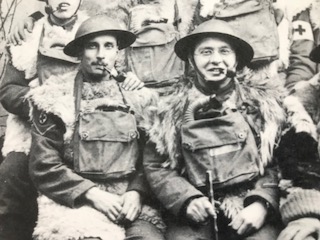