It’s a super-September as I proudly reveal six new releases. These will form the cornerstone of the busiest period of the year up to Christmas and I hope you enjoy them!

The six new figures bring the number of releases to 17 figures (if I count TW32S04 Walking Wounded as two figures), which is a huge undertaking for a small business like Tommy’s War and a massive investment. I hope this demonstrates my aim to be the top World War One figure company.

On to the new releases;

Sculpted by Benoit Cauchies and with some wonderful box art from May Aguera I’m particularly pleased with this figure. Piper Laidlaw was awarded the Victoria Cross at Loos in 1915 for playing his pipes to rally his Regiment (7th Bn Kings Own Scottish Borderers.

The fact that he removed his gas hood while a German gas attack was taking place is an incredible story and I think Benoit and May have captured this perfectly.

I hope this is the first of many releases in what could be a spectacular series of figures! 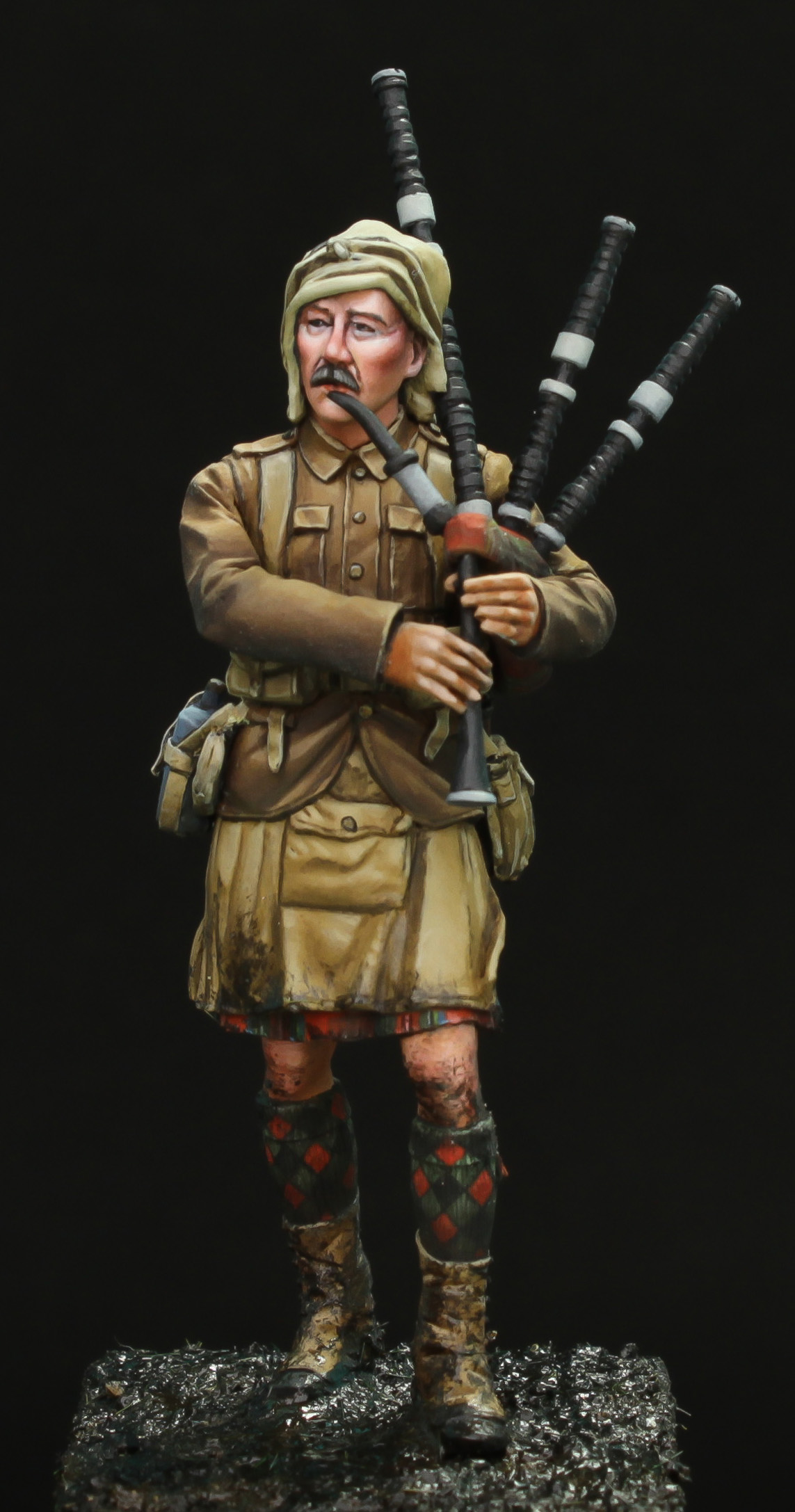 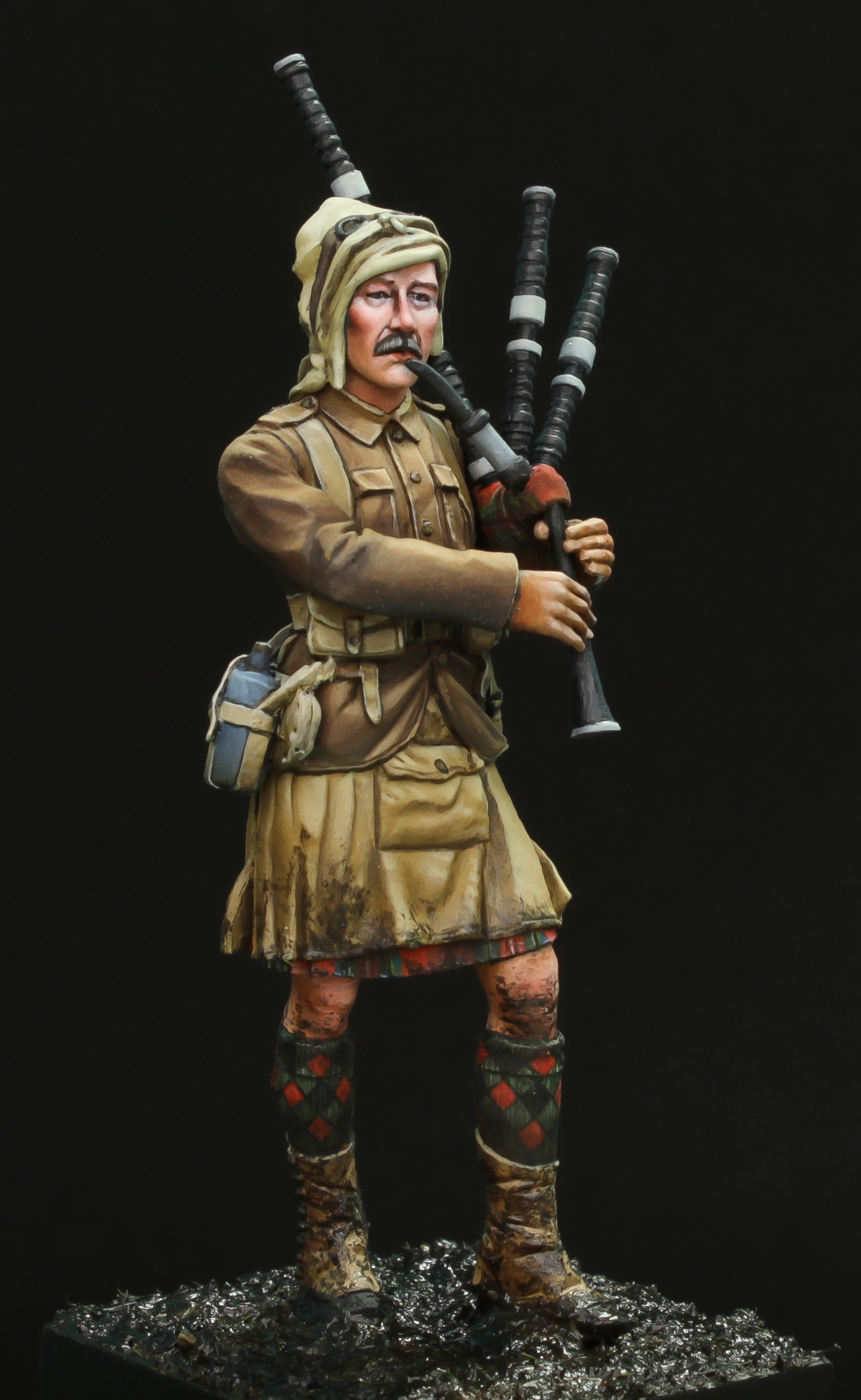 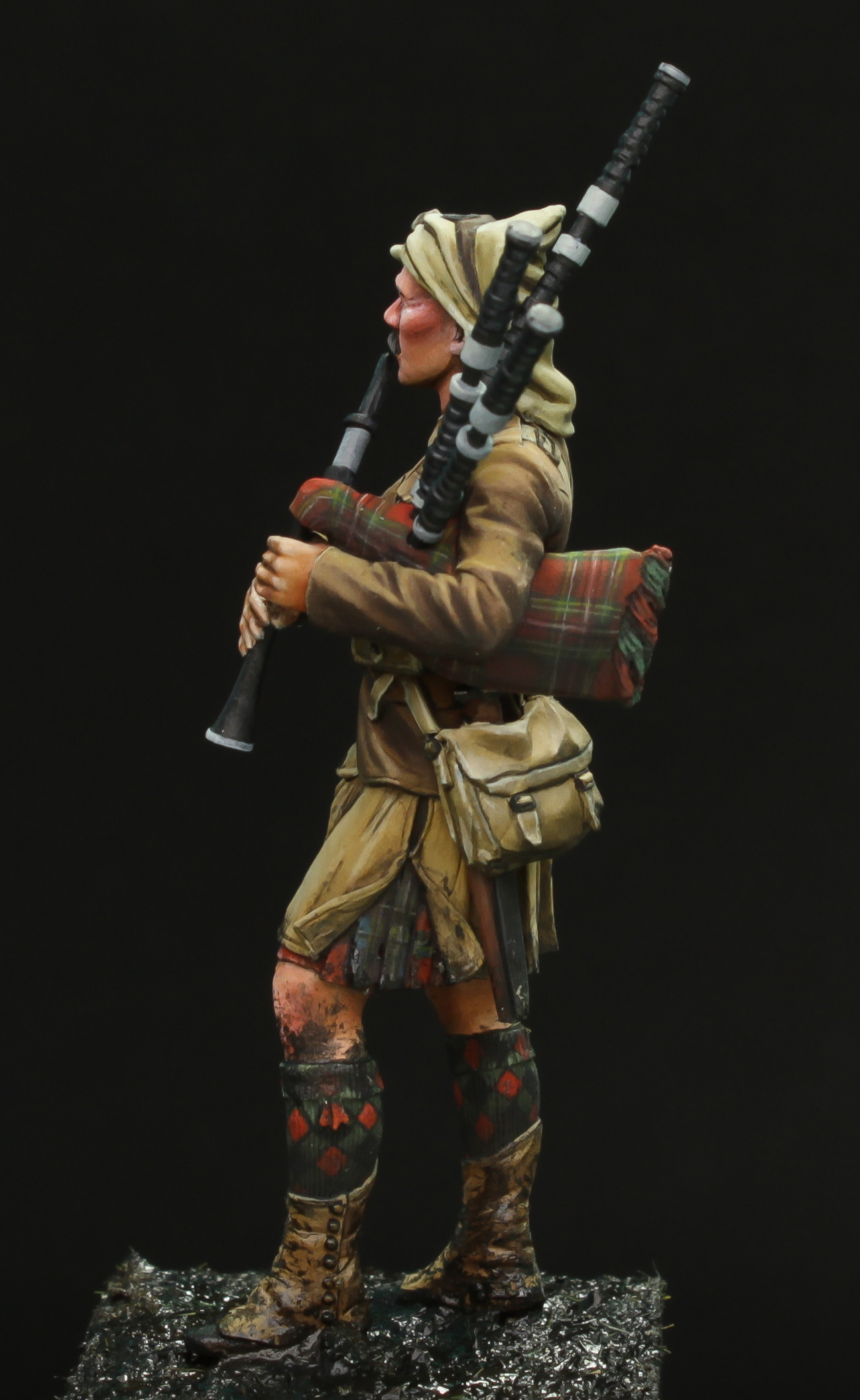 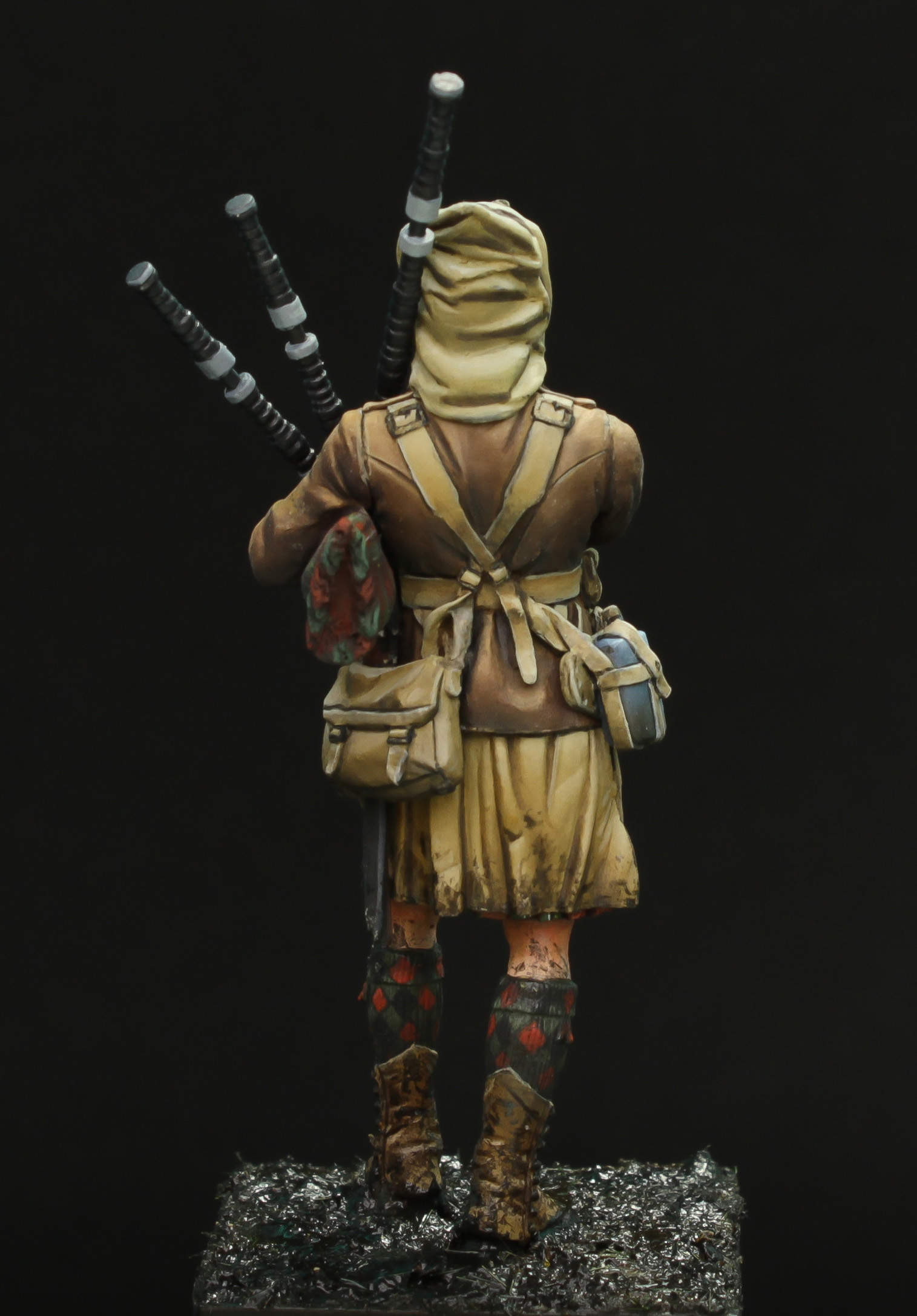 Two figures designed to work together, but equally could be used on their own or with other Tommy’s War figures.

The scene depicts a Pilot of the Royal Flying Corps (but could be Royal Naval Air Service as uniforms were similar) speaking to an Officer of the Royal Artillery (attached RFC/RNAS). The RA Officer would have been a Balloon Observation Officer whose job would be to spot enemy artillery or observe for allied artillery. 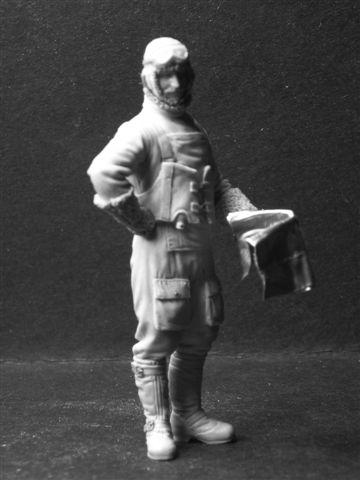 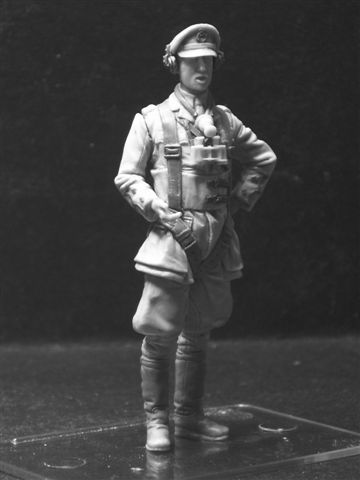 I think this particular figure from Nino Pizzichemi will be a huge hit, as it’s a simple pose but a really interesting subject.

Based on a Mike Chappel Illustration (Osprey Publishing, Warrior Series, British Tommy 1914-18) this figure shows a Scottish soldier in later-war kit. Complete is full marching order with his box respirator on top and his steel helmet tied to his pack he enjoys a cup of tea. Yes, a cliche of British life, but as I write this I’ve just put the kettle on! 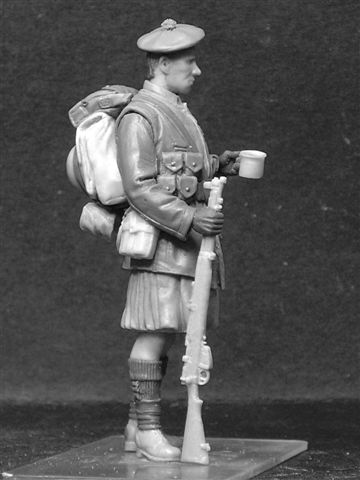 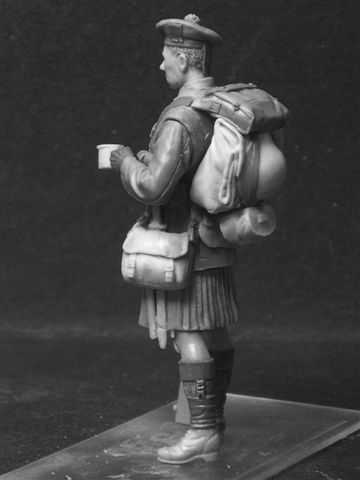 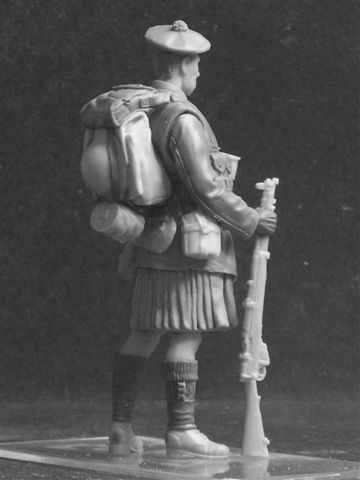 A subject I’d long ago wished I had covered, this Royal Marine is shown in a very distinctive blue uniform, with red piping, and Brodrick cap as worn in the early part of the war (Royal Marines soon after reverted to infantry style battle dress).

Sculpted by Diego Fortez I think this should be popular with modellers and when the box art comes through I think you’ll see a fabulous study of this era, I hope it’s the first of more Royal Marine subjects 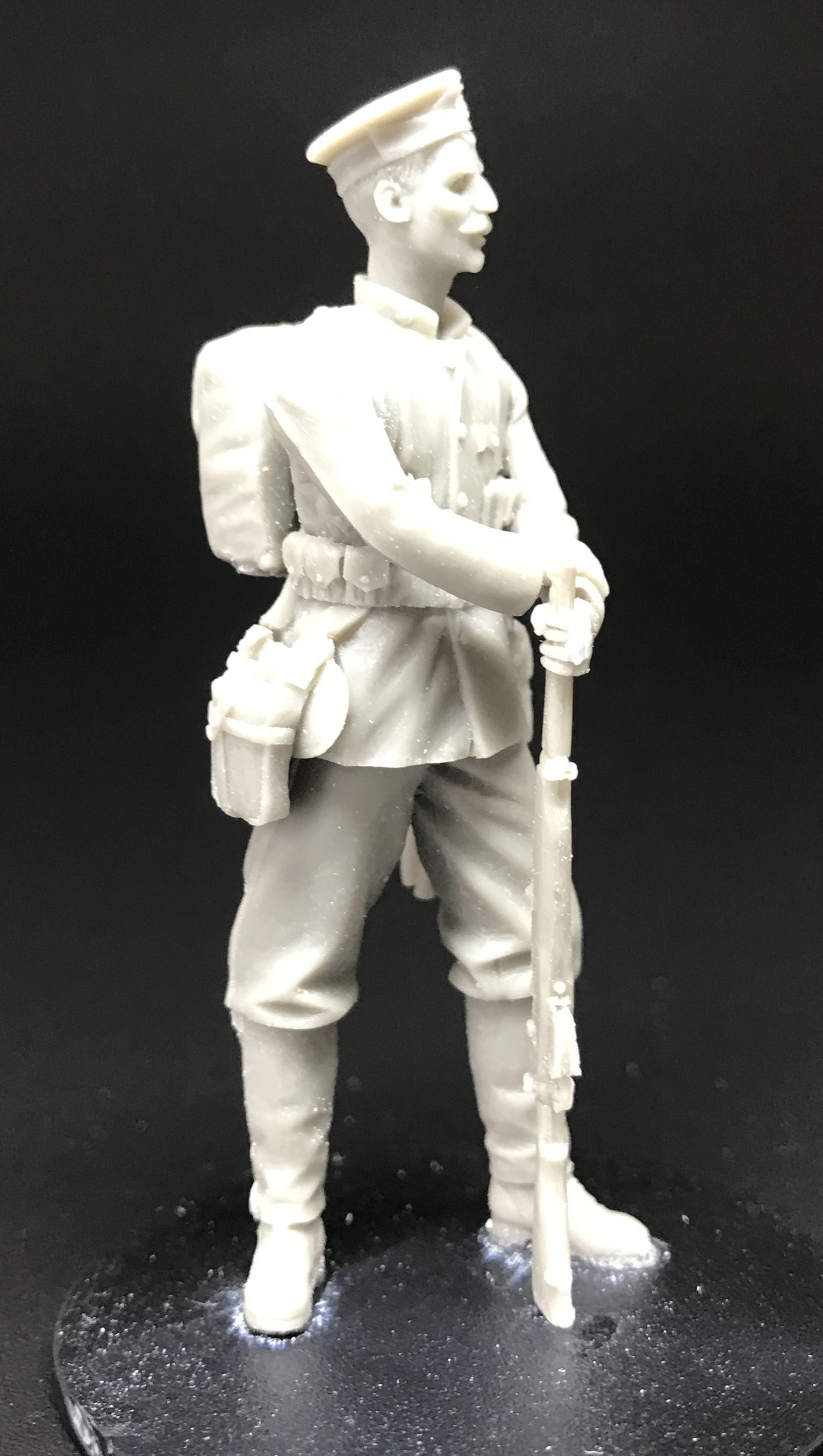 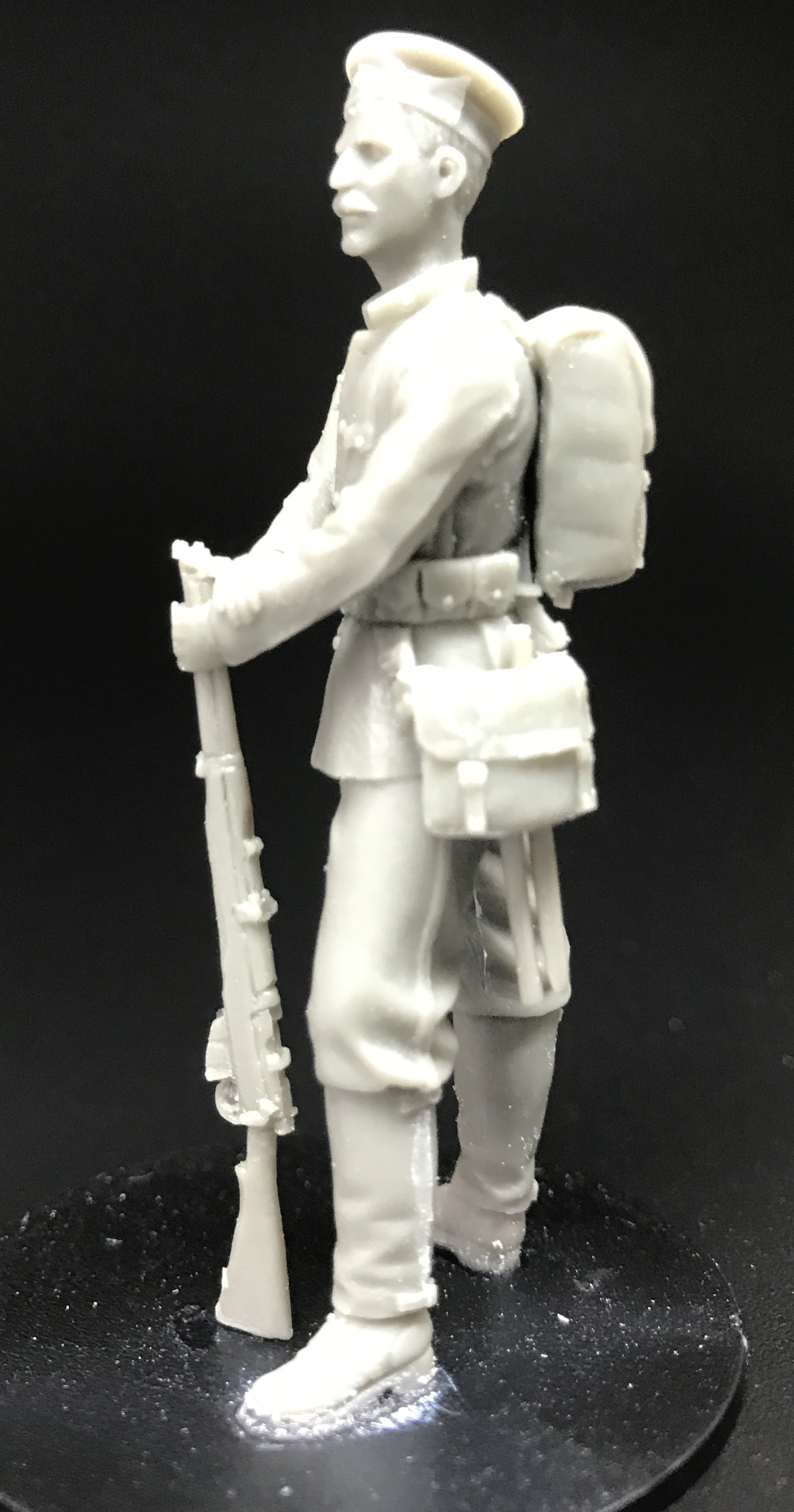 Douglas Craner approached me over the summer with the figure, and I liked it, so thought I would give it a go and see if modellers love it as much as I do!

A really interesting subject that includes some great detail including a very menacing machine gun, plus late-war German experimental armour. We’re working on box art at the moment so you’ll soon see the interesting camouflage that was applied to this armour, making is a fantastic figure. 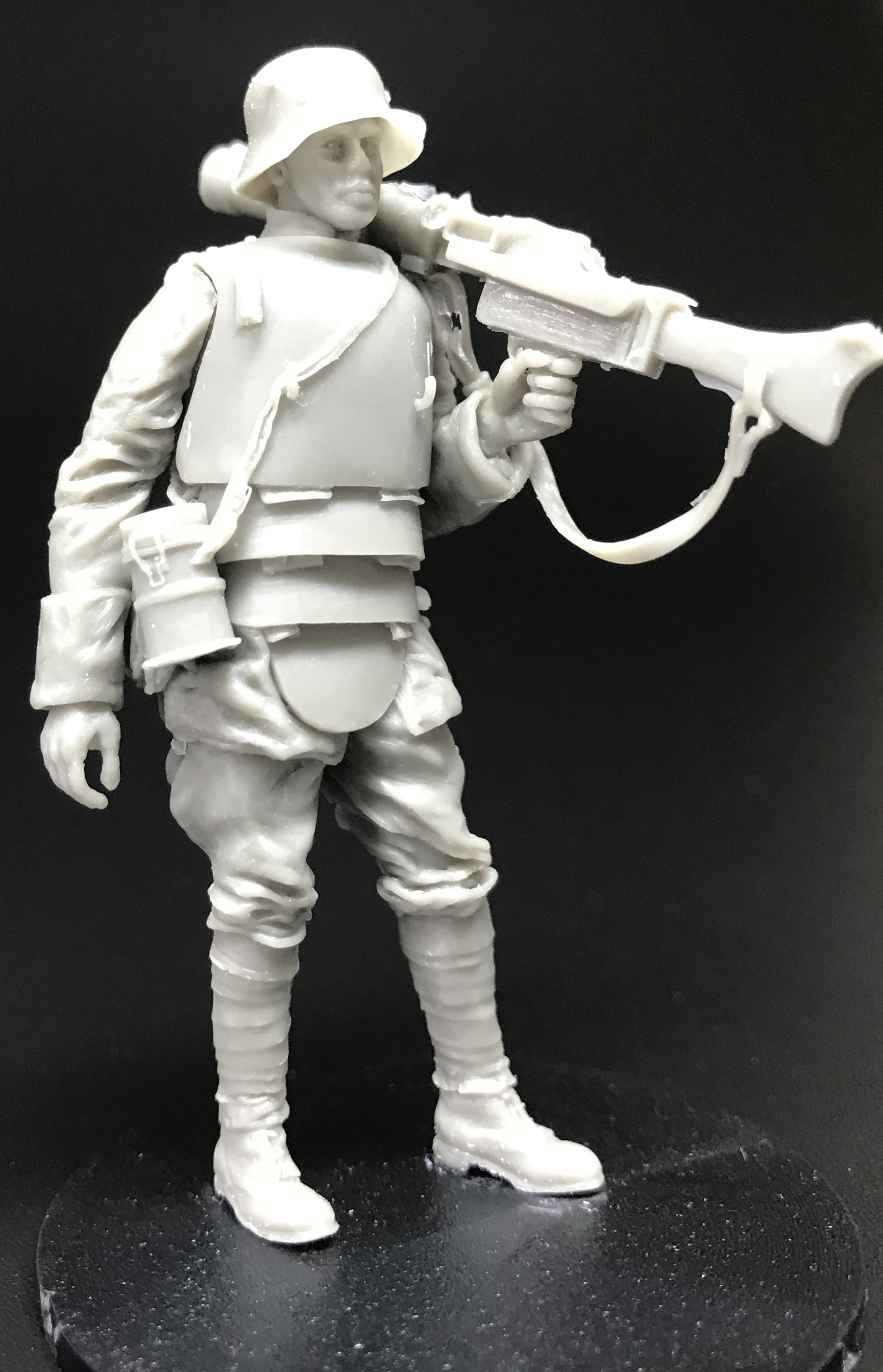 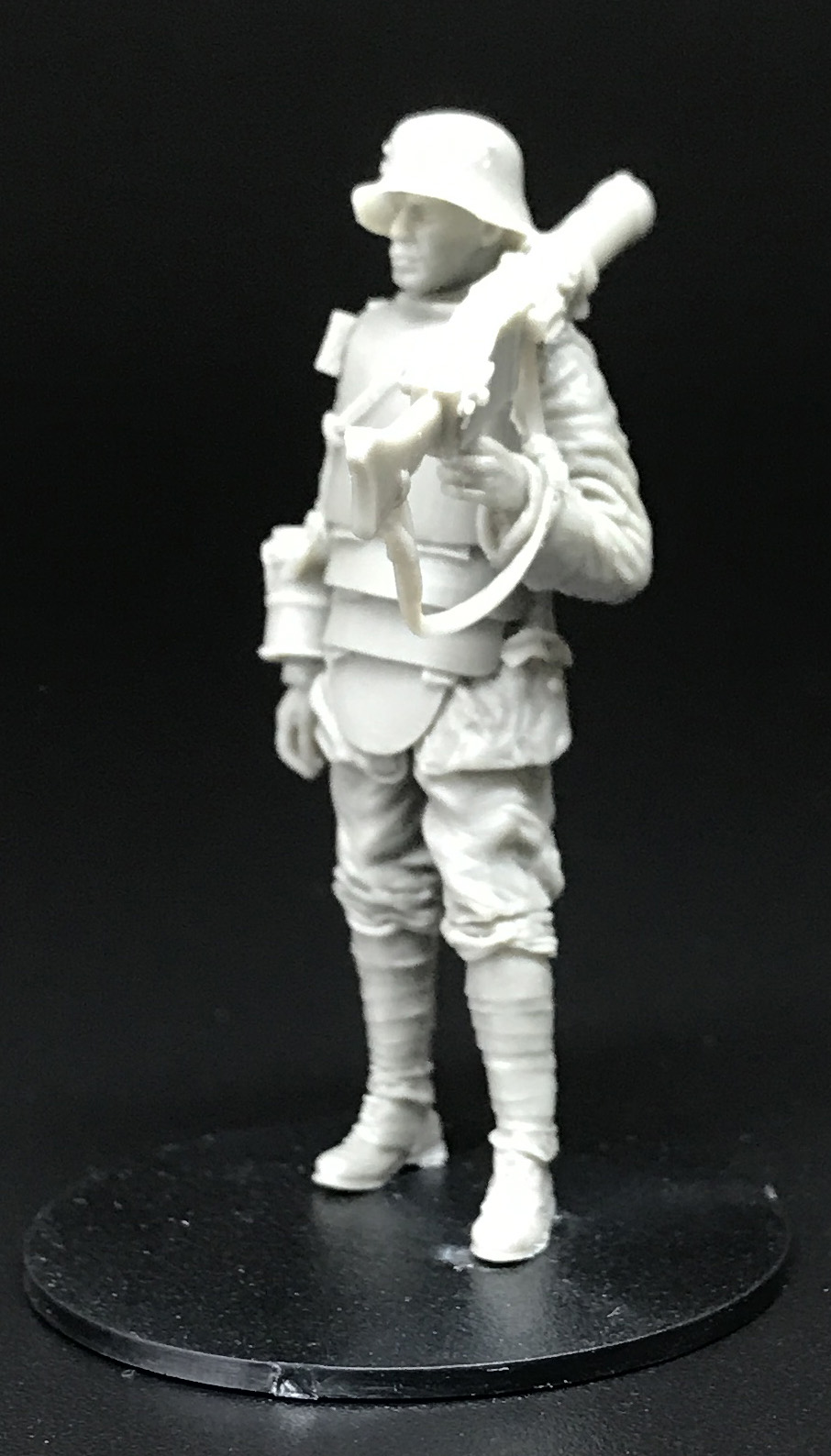 So, that’s the six, all available now to buy and I’ll have stock at Euro Miniature Expo on the 16th and 17th of September.

I’m now working on the release schedule for 2018 and I hope this year has inspired you in to the World of Tommy’s War.